Celebrating 20 years of Alaipayuthey with 20 specialties of the movie.

Be it the happy, vibrant colours of Shakti’s salwar kameez or Karthik’s blue shirts or the scenery in Pacchai Nirame or the rich Indian colours during functions in Yaro Yarodi, Alaipayuthey or Mangalyam songs or be it the dark tone when the movie takes on a serious note in the second half. The colours by themselves match the scene in every single frame.

END_OF_DOCUMENT_TOKEN_TO_BE_REPLACED 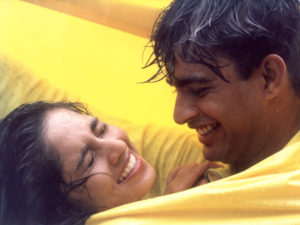 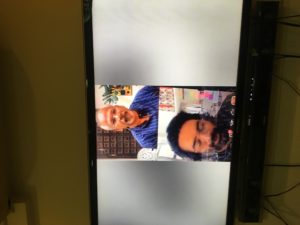 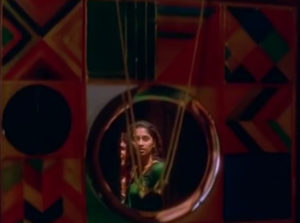 I saw this snapshot from Alaipayuthey posted in a group with the caption ‘Karthik and Shakthi had their mudhal sanDai (first fight)’.

To me, Alaipayuthey will always remain synonymous with that happy, carefree phase of life. As I was telling my children the other day, being the grownup adult is no fun!

Watching Alaipayuthey fully last Saturday, I seriously couldn’t recollect the last time I watched it fully! It definitely has been a few years! Watching it make me feel 17 years younger, got me away from feeling like an oldie having entered into my 30s. 😉 And yes, it made my hands itch to write something about it here!

I love colours – deep, rich colours, vibrant hues, bold strokes of colours on a canvas and even dull, moody tones. Alaipayuthey is one movie which literally celebrates colours through the song ‘Pacchai Nirame‘ and through almost every single frame. It is not just Pacchai Nirame, each and every scene of which glorifies the many varied hues of colours painted naturally by nature on this wide canvas called earth and sky.

END_OF_DOCUMENT_TOKEN_TO_BE_REPLACED

Celebrating Rahman’s music as he turns 50 years today! Here are 50 of my favourite songs of A R Rahman: (Random, no particular order)

Listening to Pacchai Nirame on a loop, after a long, long time, I realize yet again that

In the show ‘Mani Matters’ on CNN-IBN, talking about Alaipayuthey, this is what Mani Ratnam said,

“To me, that’s where a love story starts. After hard facts of life of having to get up every morning, not just when you are trying to impress somebody, where you can be on your best behaviour, when you can charming, when you can be intelligent.

Hearing these lines, I started thinking about how not just in Alaipayuthey, but also in many of his movies, Mani Ratnam has portrayed the ups and downs in the relationship between a husband and a wife. His lead pair, in most of the films, has always been a married couple and not just lovers. His lead pair gets married in the course of the movie and he has always shown an equal share of romance as well as the complexities involved in the relationship.
END_OF_DOCUMENT_TOKEN_TO_BE_REPLACED

P.S.: To all those who got bored of this mini-series on Alaipayuthey, I’ll try to come up with posts on other topics soon!

With this song, Mani Ratnam shows he needs neither exotic locales having nature’s beauty in abundance (Pacchai Nirame) nor a fort (Snehidhane) nor a festive atmosphere (Yaaro Yaarodi) and with just brick and cement (and not to forget those yellow and white bed spreads) as a backdrop, he can create stunning visuals too.
END_OF_DOCUMENT_TOKEN_TO_BE_REPLACED

The name itself is one among the numerous things about Alaipayuthey that instantly fascinated me. I really wish I could know what made Mani Ratnam give it a title like this and if he had any other names in his mind.

There was this programme telecast on Sun TV on the 14th of April, 2000 in which Madhavan, Shalini & Swarnamalya spoke about the movie. I remember Swarnamalya saying how much she liked the name of the movie. Seems she came to know the name only after hearing the story.

It wasn’t just the name alone. I liked the font in which it was written too. As the first few minutes of the movie alternates between Madhavan on a bike and the titles of the movie, the titles in that nice font in white colour on a black background looks good too. Even though I later saw quite a few movies using this font, I’ll always associate this font only with Alaipayuthey.