We were nearing the Kingfisher Pod. That’s When my daughter suddenly shouted that there was a crocodile! We were totally surprised. There it was, a crocodile, idling away on the bank of the water. Wow! It was our lucky day! 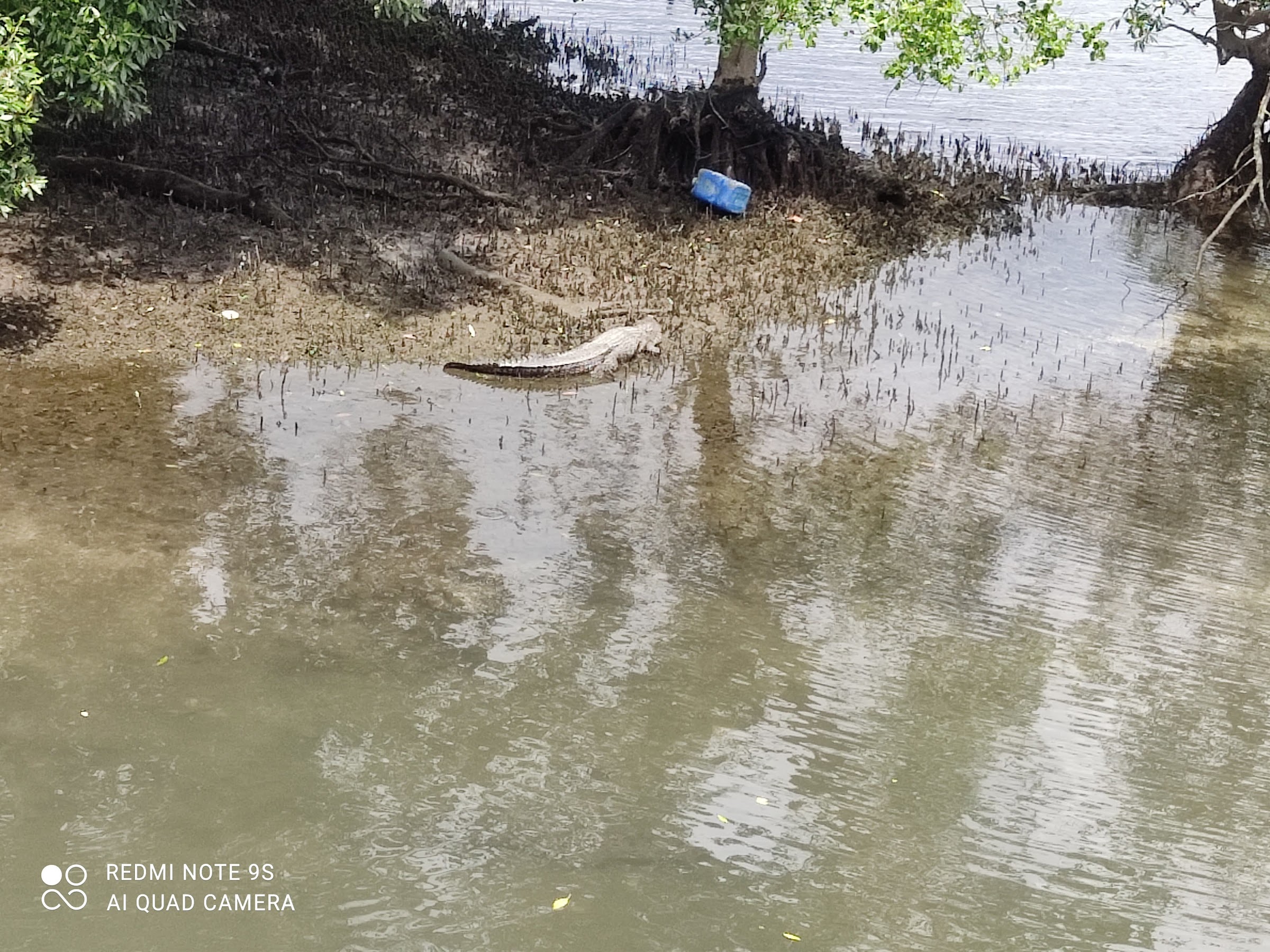 The kids and so were we grown-ups so excited to see a crocodile in its natural habitat. Just like in the zoo, here too, it was lying seemingly immobile. We then saw one more crocodile moving in the water near the first one! 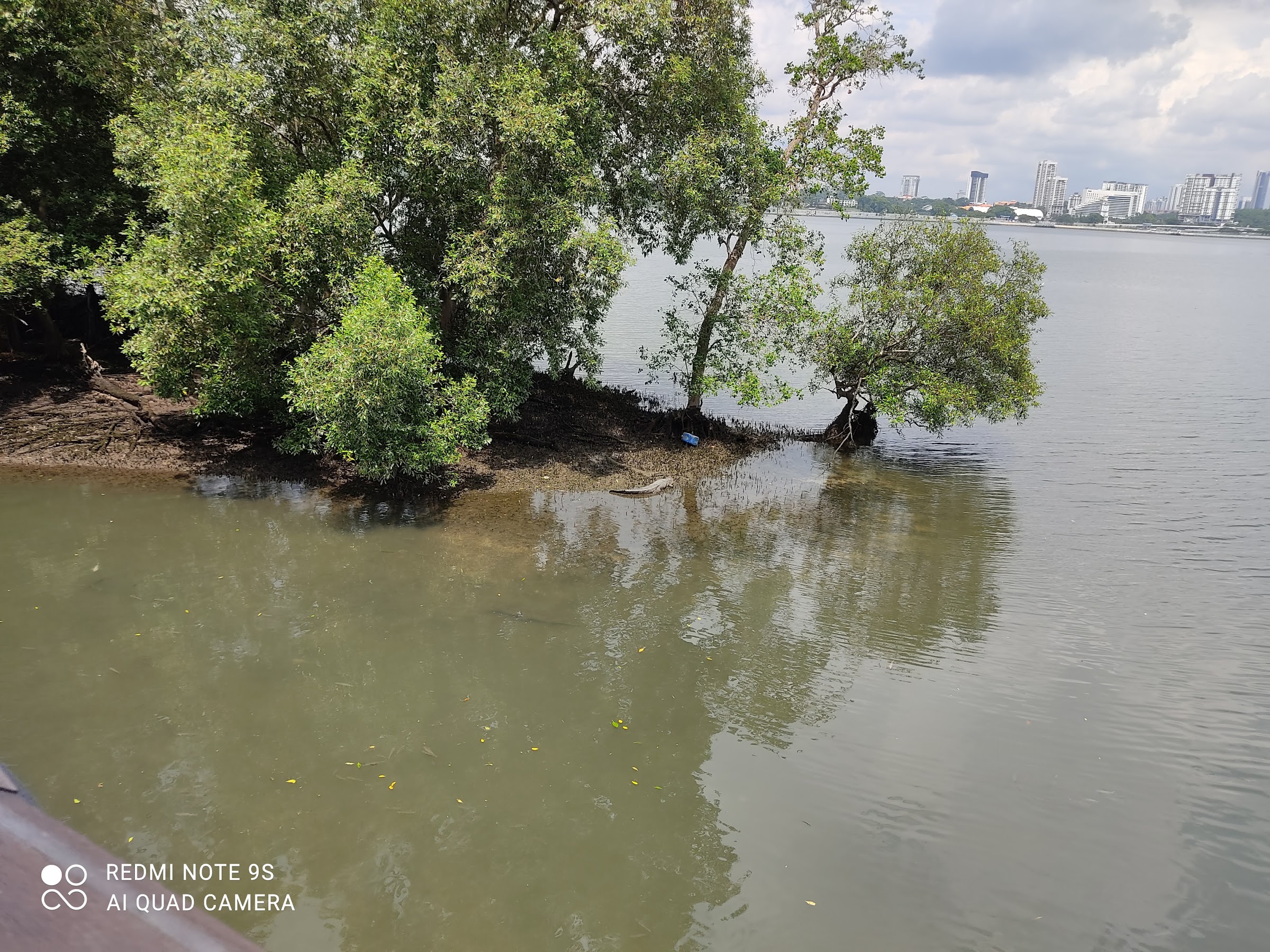 We saw some fish and an egret nearby. There, quite near the idle crocodile, was an egret or heron or whatever water bird that was. It didn’t seem to mind the crocodile nearby and so was the crocodile.

As I saw nature in all its glory letting its inhabitants peacefully coexist, I, yet again, felt how in this world, we are nothing beyond a tiny, inconsequential, insignificant being. Nature always makes me feel a lot more humble and philosophical than usual.

Recharged with the spotting of crocodiles, we moved on to Mudskipper Pod. More mangroves, fish and birds followed. 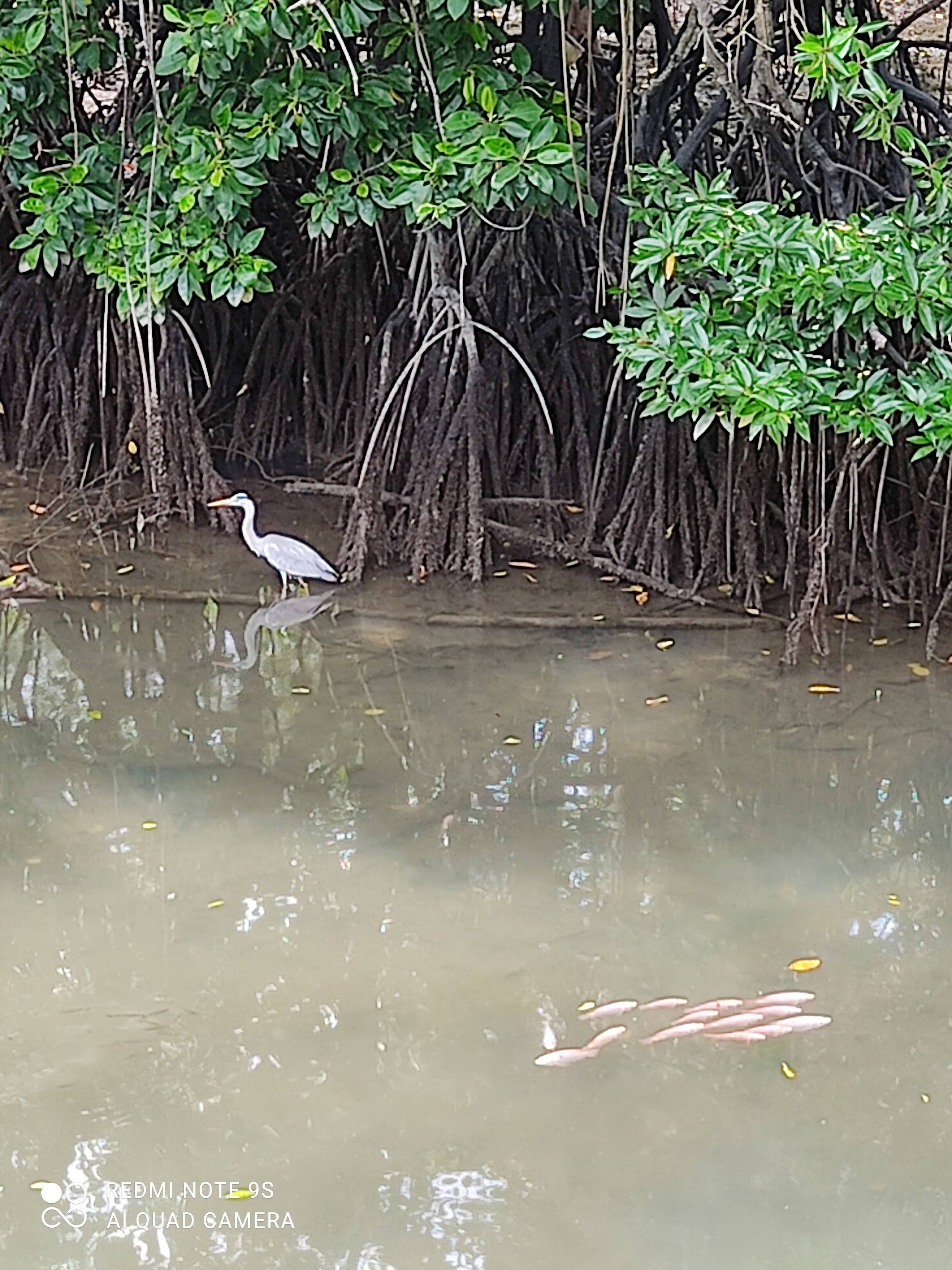 Though there were signboards on monkeys, we didn’t spot any. Moving away from mangroves, we reached the mud experience boardwalk. Mudskippers were skipping about in the muddy place. Walking on the rope bridge over the mud flat region was quite tough and adventurous for the clumsy-me, but super fun and exciting for my husband and kids. We reached the Dragon Fly Pod next, marking the end of the coastal trail. A beautiful pond-kind of place with water plants and having still water beautifully reflecting the surrounding trees greeted us there. We were lucky enough to spot a monitor lizard at a distance from there. Go to any NPark having a waterbody and there is always a good chance that you might spot a monitor lizard or two and some turtles and fish. So, as much as we were excited about seeing it on that day, we have seen monitor lizards many times in a lot of places.

We crossed a road and reached the entrance to Wetland Centre. We felt as though we were finally back to civilization after being amidst surreal nature thus far. 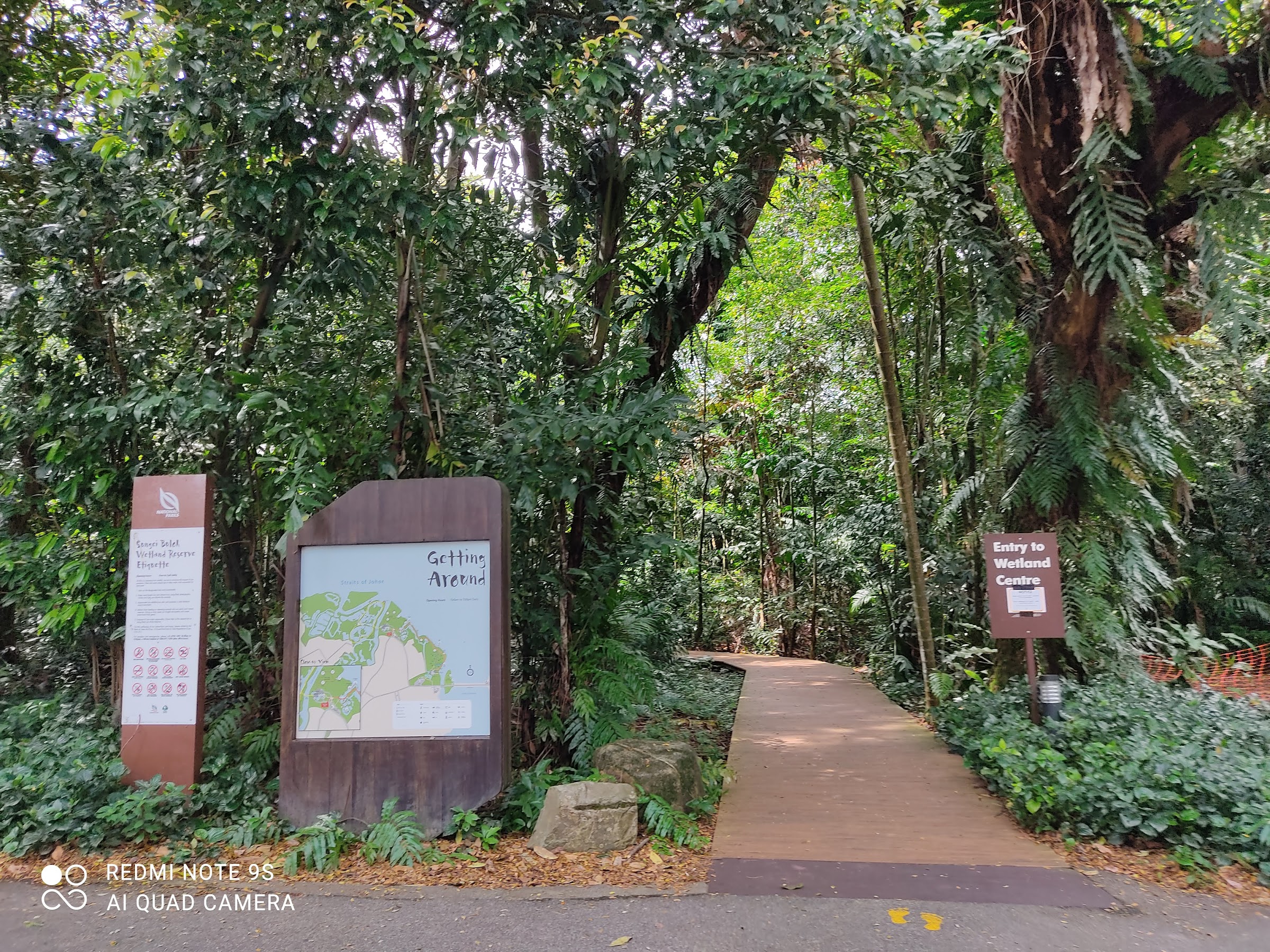 What we didn’t know was that it was going to become even more exciting now!