Ask me my favourite way of spending a day in Singapore and I will tell you that it’s visiting an NPark (Nature Park). After almost an entire year of restricting ourselves to our immediate neighbourhood, emboldened by the decrease in locally-transmitted Covid-19 cases, we visited quite a few places during the month of December 2020. The most memorable among all the places and which warranted a second visit within a span of a couple of weeks was Sungei Buloh Wetland Reserve.

Reaching that place was an expedition in itself, since it is really quite far away from our home. Getting down at Kranji MRT after a half an hour train ride, we saw that the station was deserted. After a ten minute wait at the bus stop outside the MRT station, the bus 925, which would take us to Sungei Buloh Wetland Reserve, arrived. The bus stop really wasn’t up to the mark of cleanliness usually associated with all other bus stops in Singapore.

The route to the Wetland Reserve was completely devoid of the urban landscape of Singapore, comprising HDBs, Condos and malls. Instead, there were factories and workshops lining the roads. It was only as the bus was nearing the NPark that tall buildings started appearing in sight. But we realized only later that those were not a part of Singapore, but were instead a part of Johor Bahru of Malaysia, situated right across the Johor Straits, not too far away from Singapore!

Getting down at a bus stop (Kranji Reservoir Park B) opposite to the Reserve, we crossed the road and entered through a small gate featuring a design of a bird in flight. We knew that migratory birds visited that place and if one were lucky, one could spot a crocodile or two.

As is the case with any NPark, a map of the place was displayed near the gate. The area to visit looked quite vast at first glance.

After a quick glance through all the Dos and Don’ts, we followed the path to the Visitor Centre. 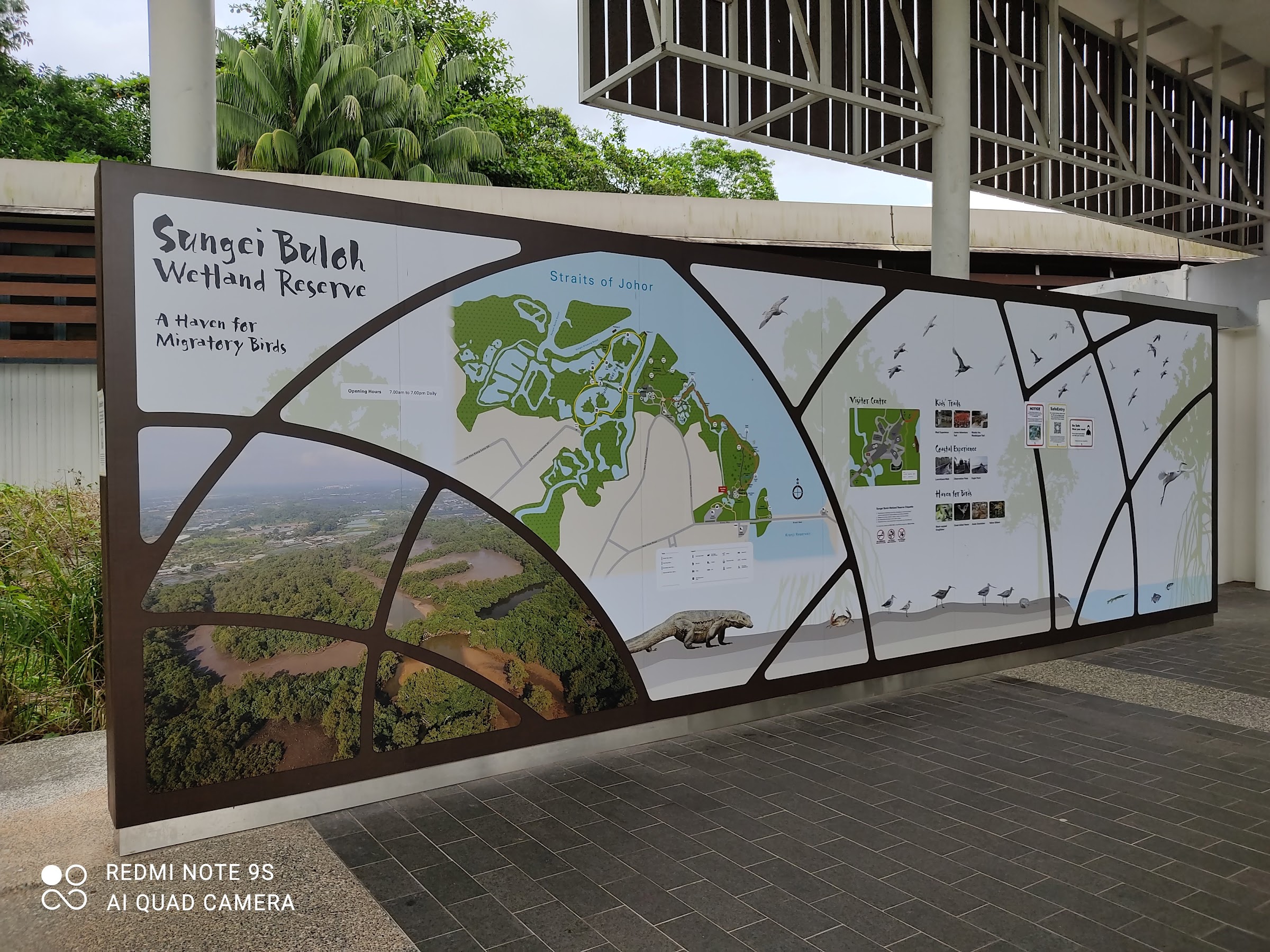 It houses toilets, vending machines with cold drinks and a gallery or something which we didn’t enter. 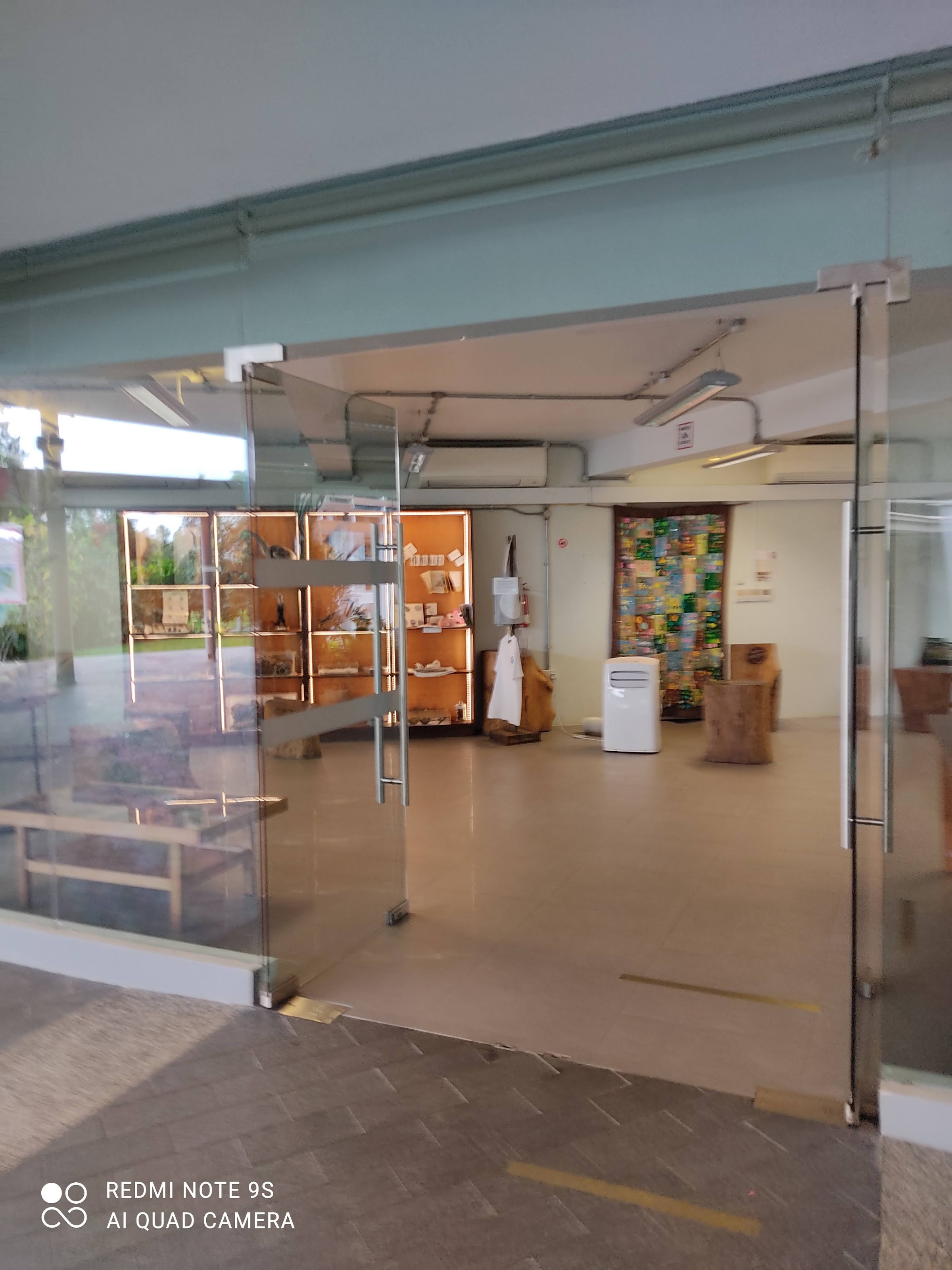 We crossed it over to the first stop – Junior Adventure Trail. It was such a beautiful place seeming straight out of a page of a scenic setting travel magazine. Nestled among the lush green grass was a small, shallow pond having tall grasses and floating leaves of plants growing on it, with rocks doubling up as a walkway through it.

My kids absolutely loved jumping from rock to rock, despite slipping and getting minor scratches.

Crossing this pond, we took the path leading to the Coastal Trail.

Coastal Trail is a little more than a kilometre long walk along the Straits of Johor, with a view of Malaysia across the water.

There are several viewpoints known as pods along the way, each given a different name. The first stop was Fantail Pod, which has a spiral staircase inside a structure resembling a weaver bird’s nest.

A distant view of Malaysia and a nice view of the waterway greeted us from the top. A board displaying different wetlands was pasted on the floor. 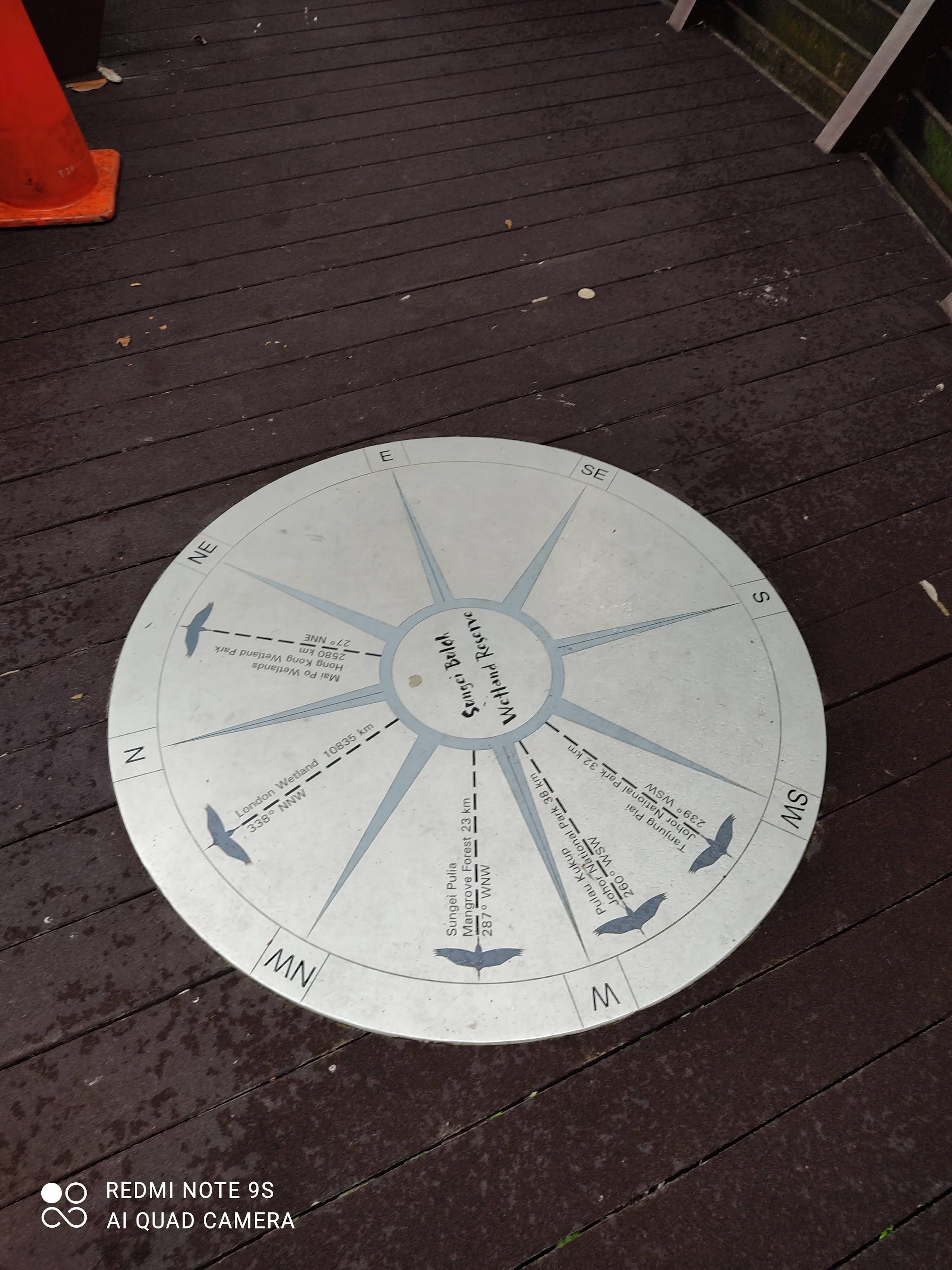 We continued walking on the coastal trail, spotting spiders weaving huge webs and other insects along the way. We soon reached a boardwalk which is when the mangroves of the wetland started appearing. The water birds (migratory or not we do not know) and fish too started making an appearance. 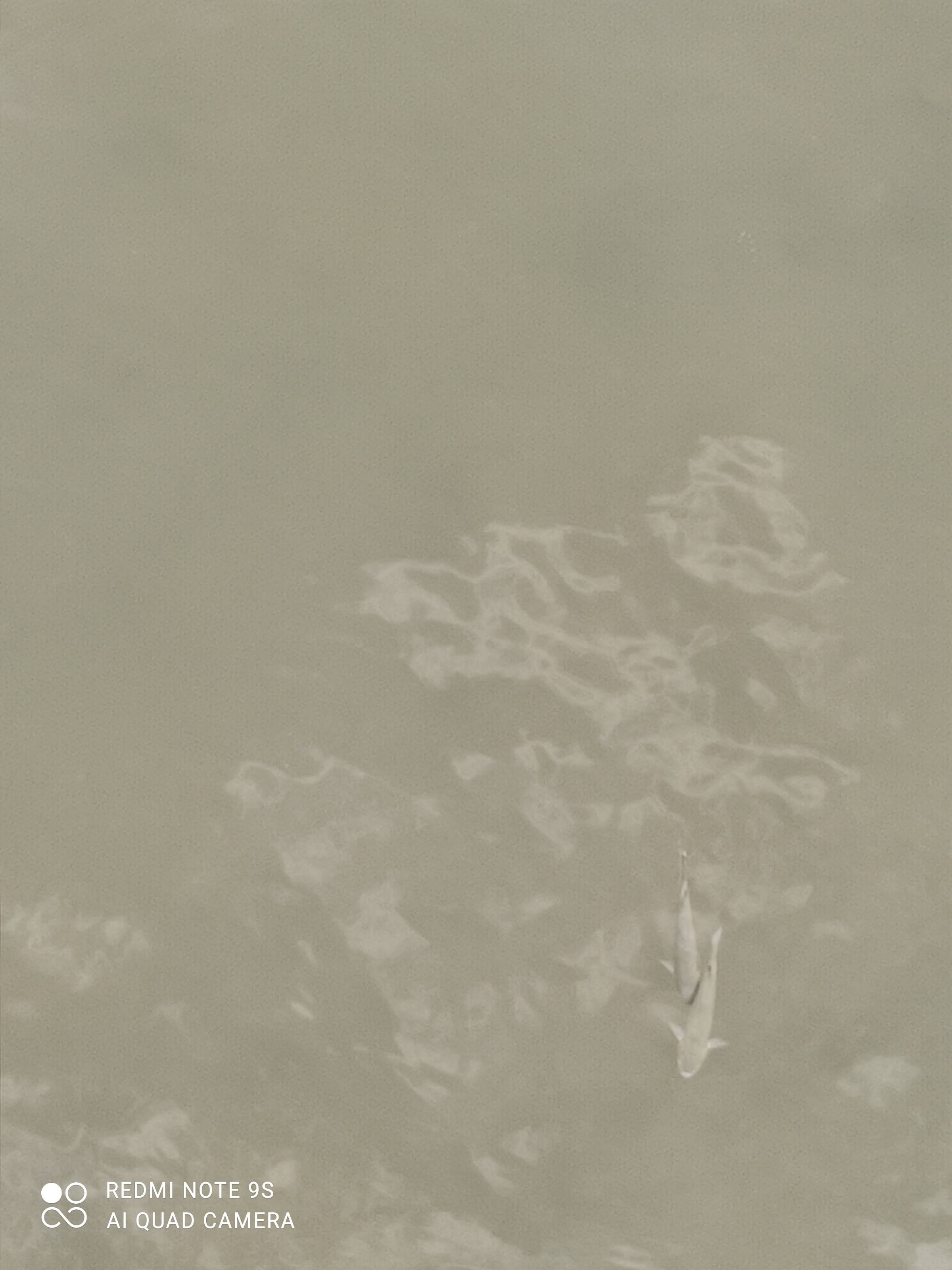 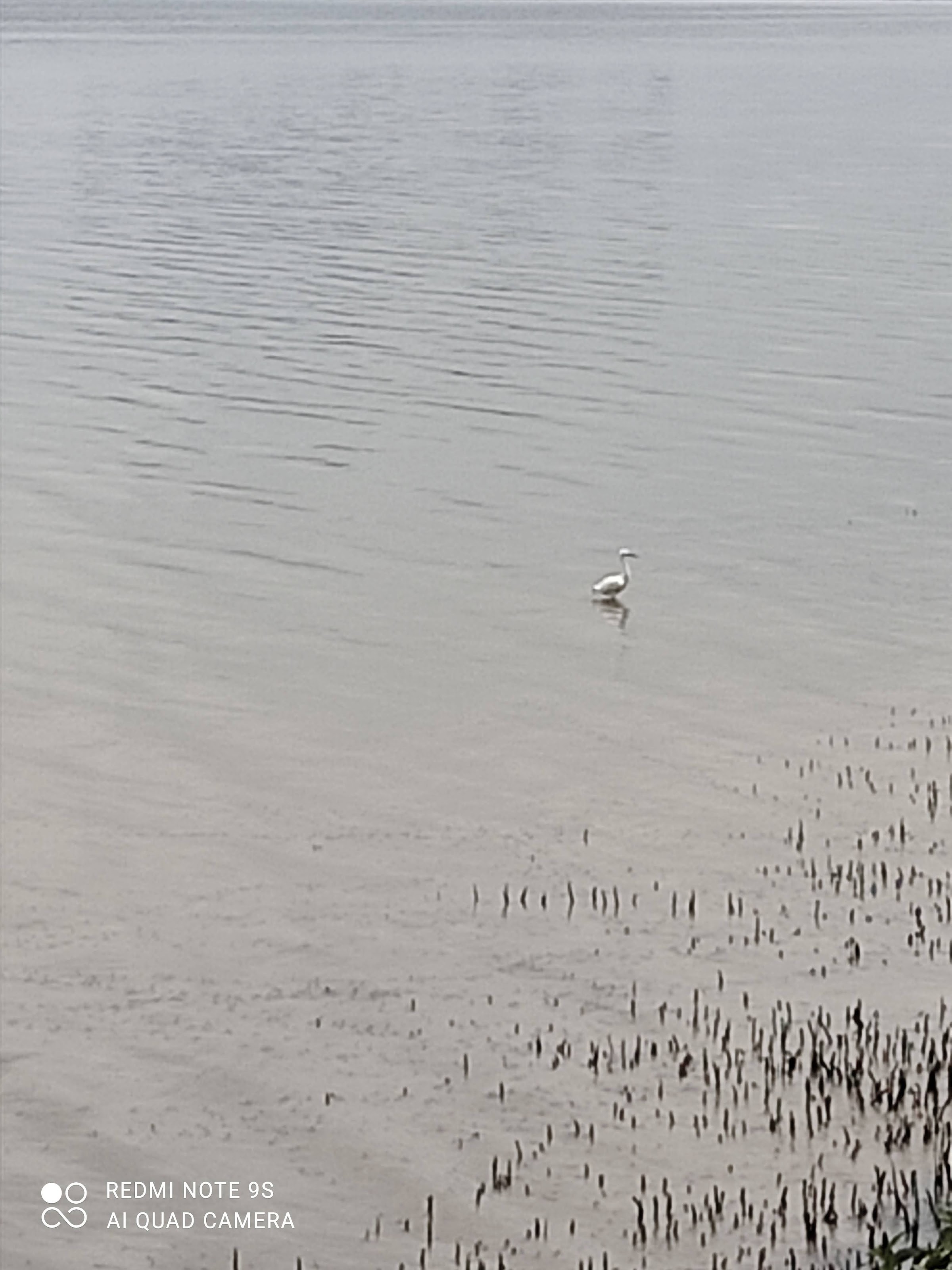 We soon reached the Eagle Pod. 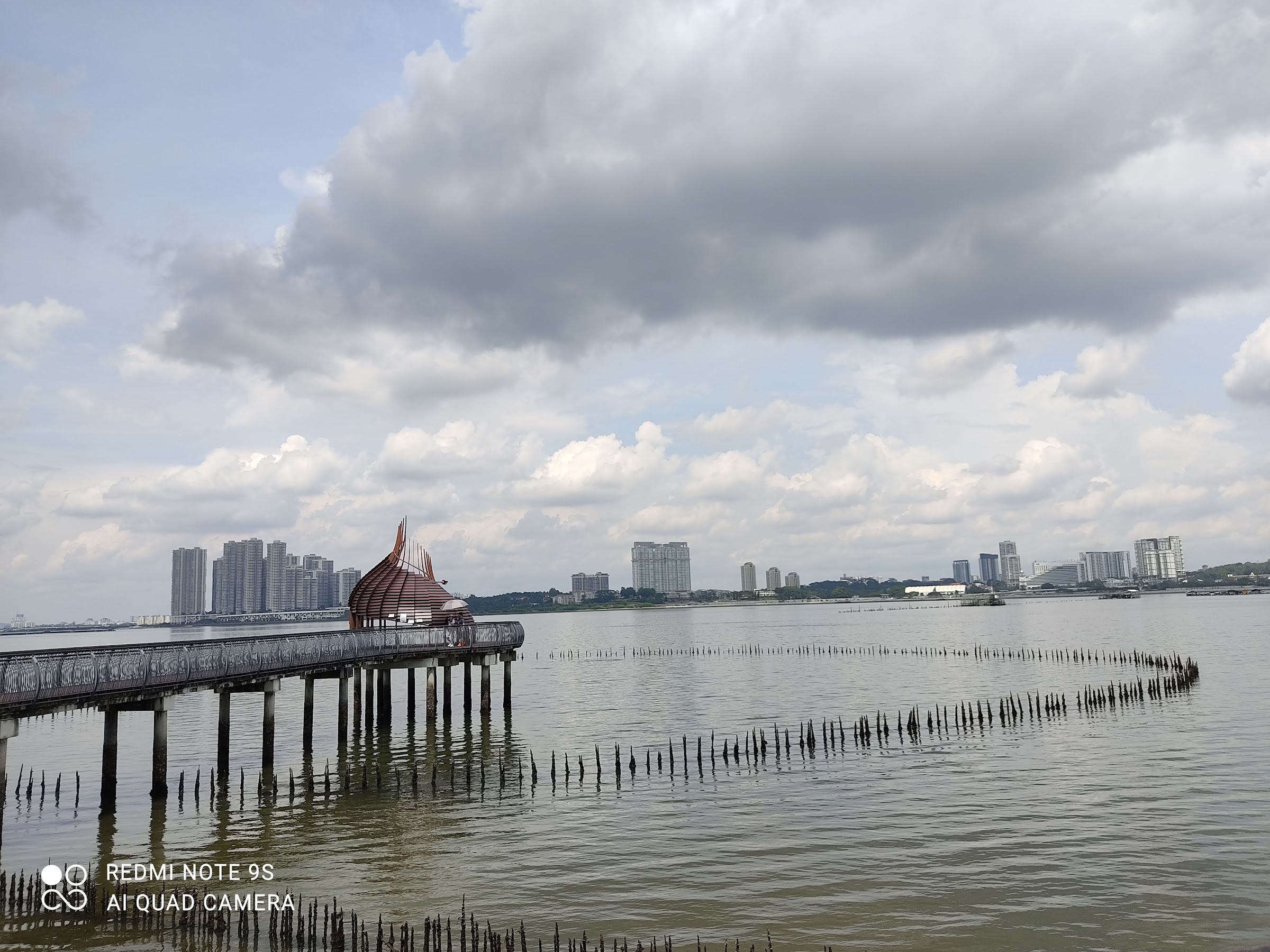 The view of Johor Bahru was now not too distant. We could even hear the prayers from the Mosque there. My mobile phone started picking up signals from Malaysia and started displaying Malaysia time as the local time! 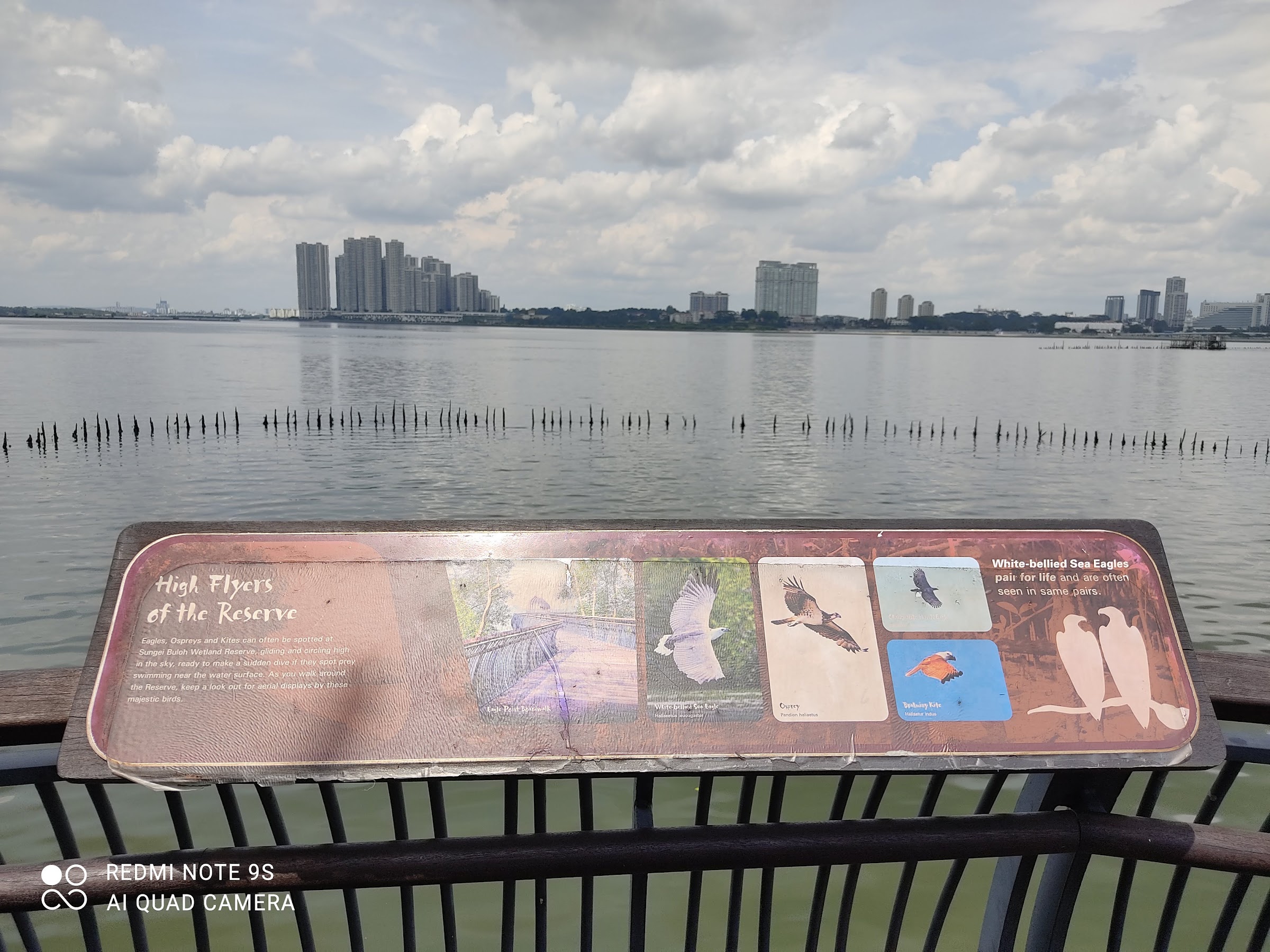 We were thrilled to spot two eagles flying right over Eagle Pod! 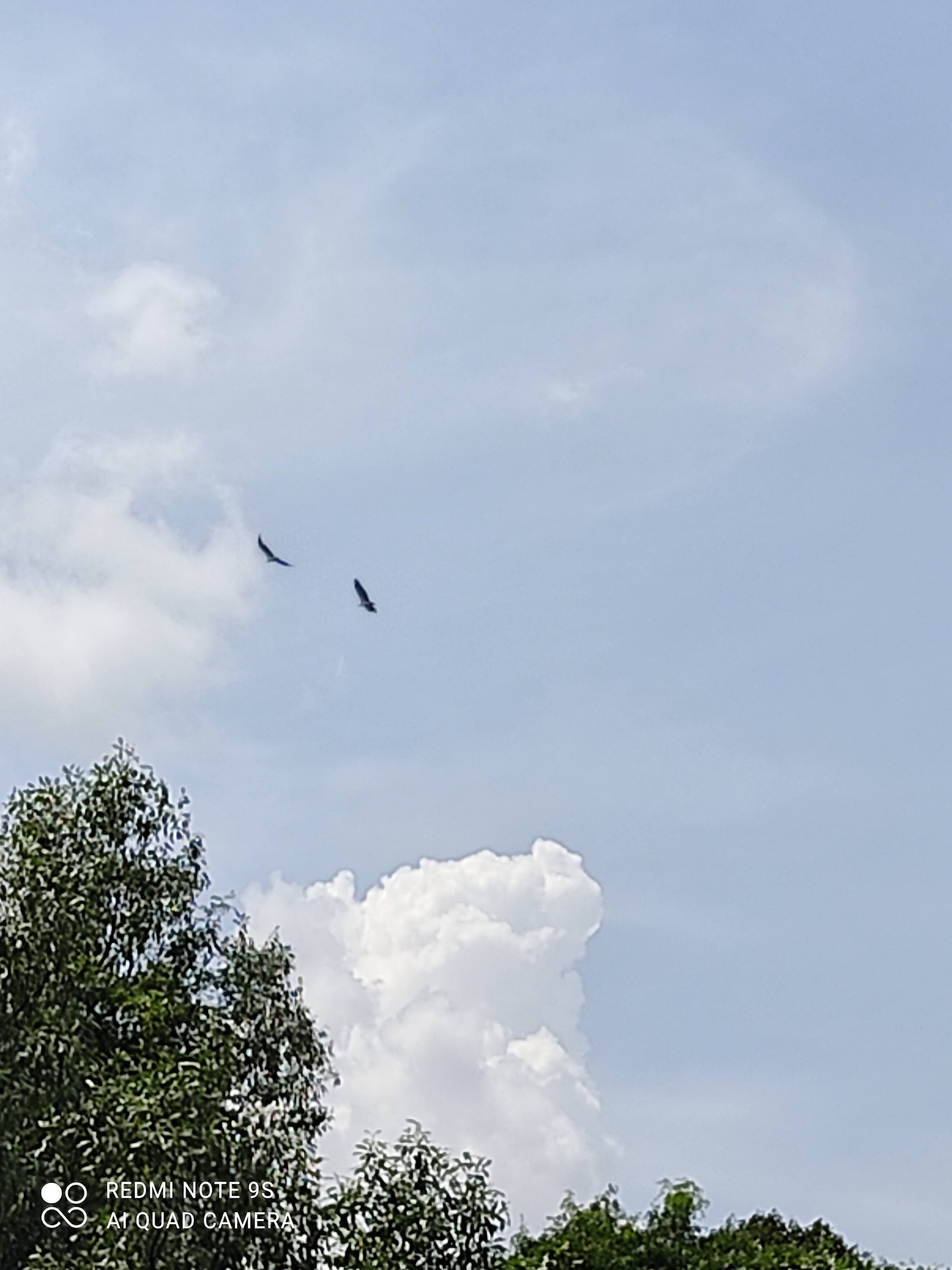 Little did we know that this Eagle Pod was only the beginning and we would soon be sighting a lot more wildlife and more mangroves!

The boardwalk was now through mangroves.

After a brief stop at Musang Hut, we continued walking towards the next Pod – Kingfisher Pod. Signboards about crocodiles started making an appearance. 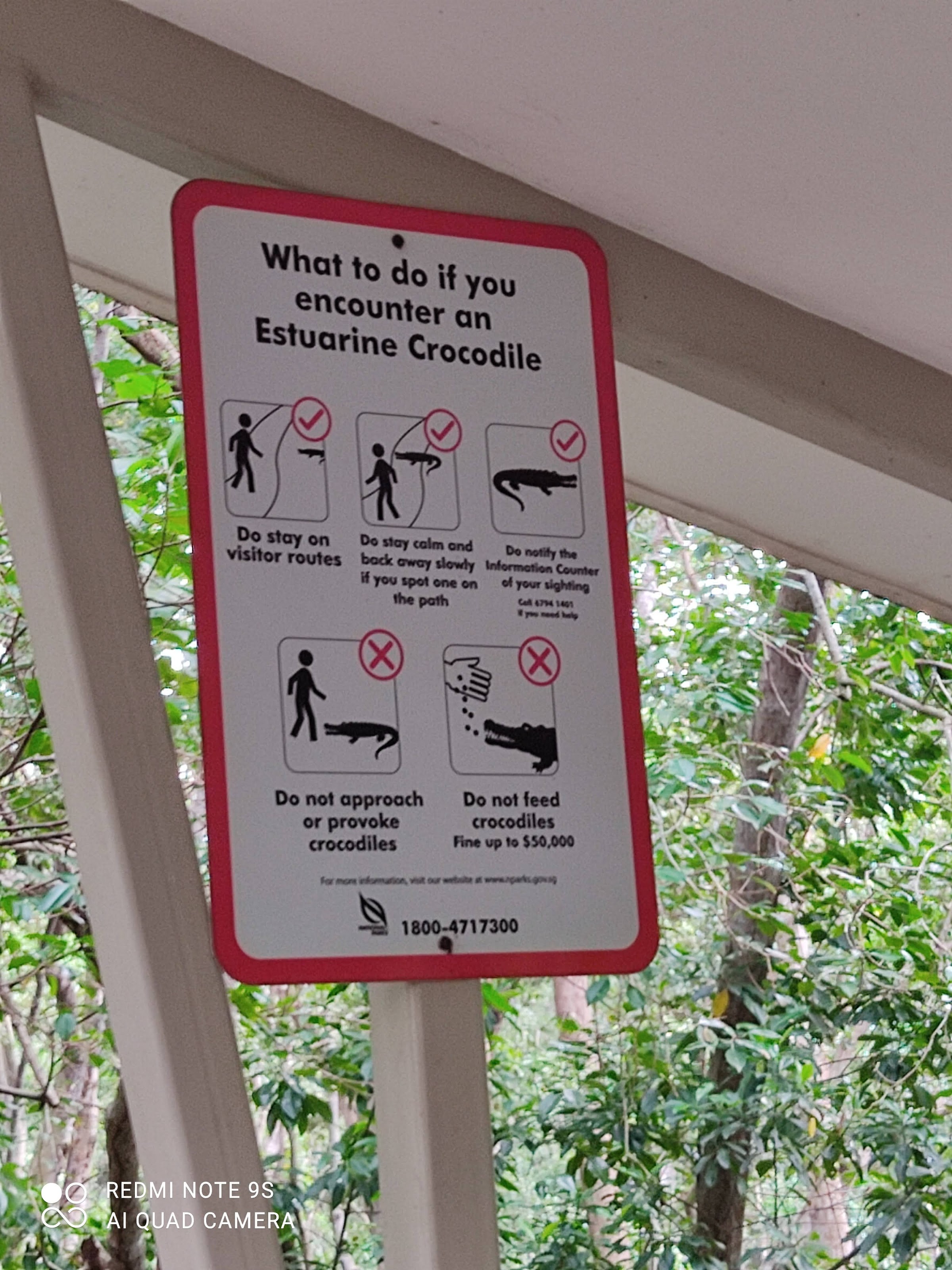 Did we spot a crocodile or not? Stay tuned for the next part.