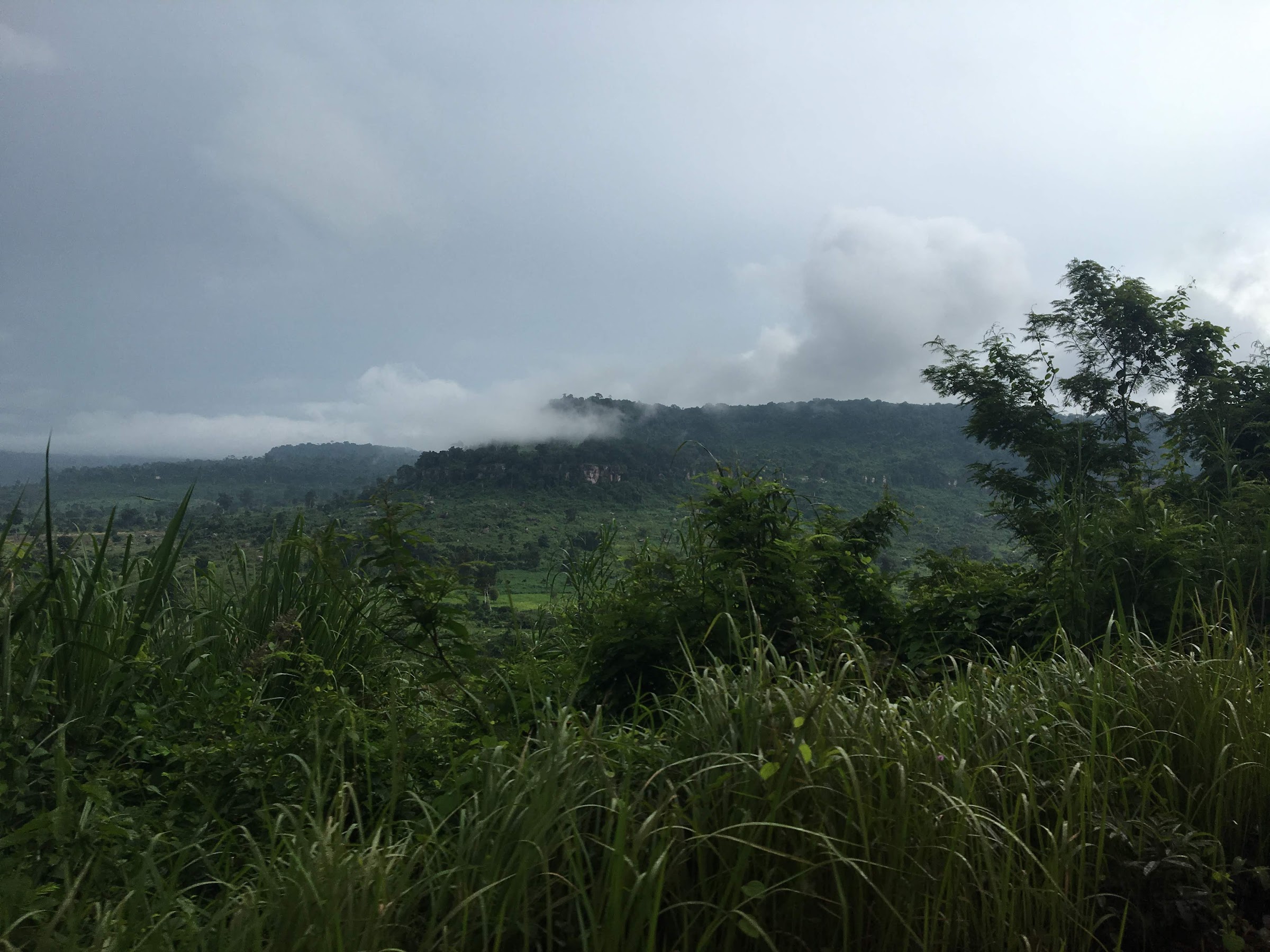 Situated at a distance of 48 km from Siem Reap, Phnom Kulen has a beautiful waterfalls, 1000 lingas river, Preah Ang Thom featuring a huge, reclining Buddha and some ancient Khmer temples which are inaccessible by car. So, we didn’t visit those temples.

This mountain was known as Mahendraparvata (Mahendra – Indra, Parvata – Mountain) during the Angkorian times and it was here that King Jayavarman II proclaimed himself as the Devaraja (God-king) in the early 9th century AD (the year 802) and thus, started the flourish of the Khmer empire.

I was happy that we started our expedition of Khmer temples from the place from where it all began.

The drive up the mountain featured dense trees, lush greenery and some stunning scenic views. 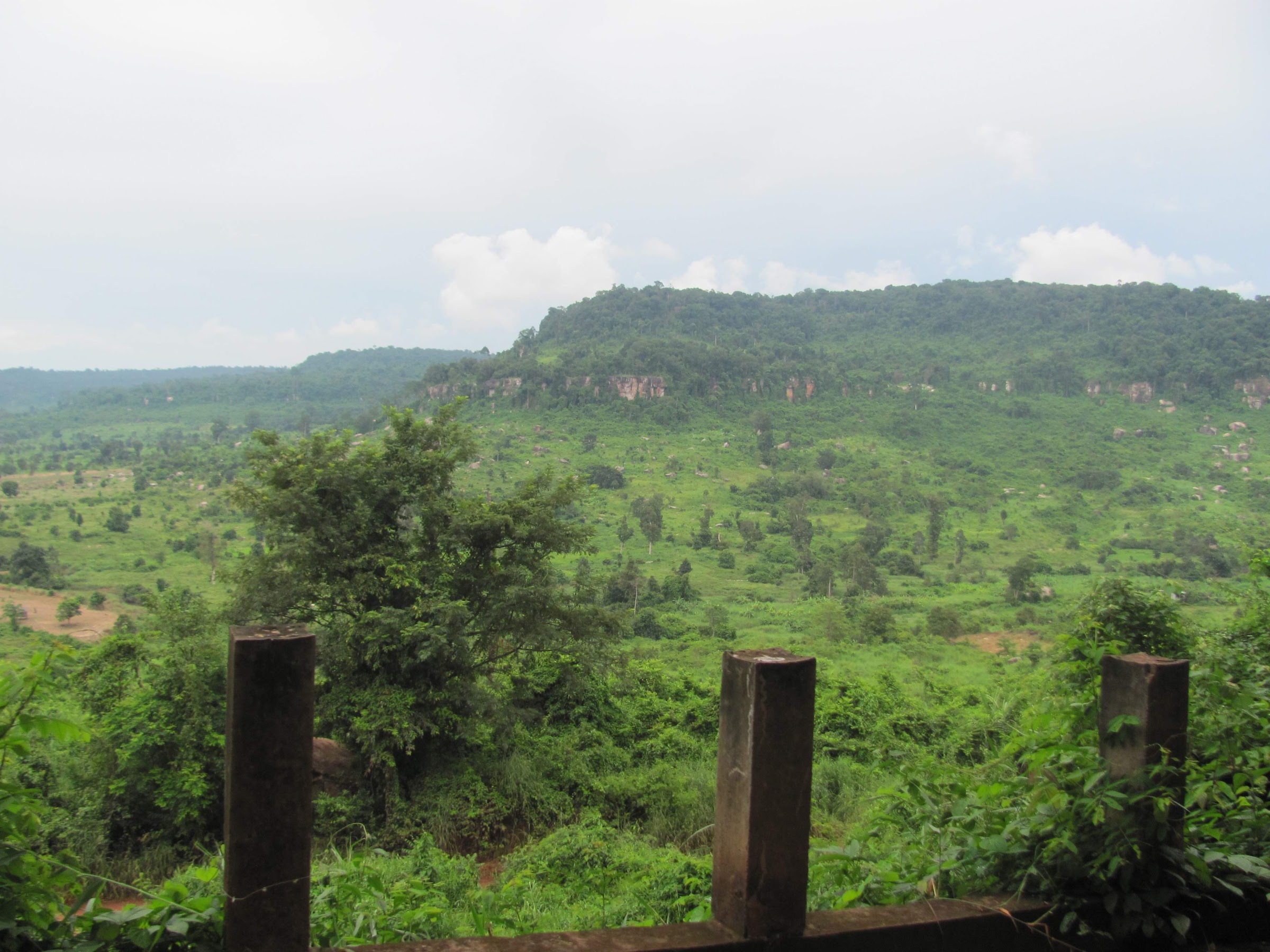 The road in itself was nothing to write about. 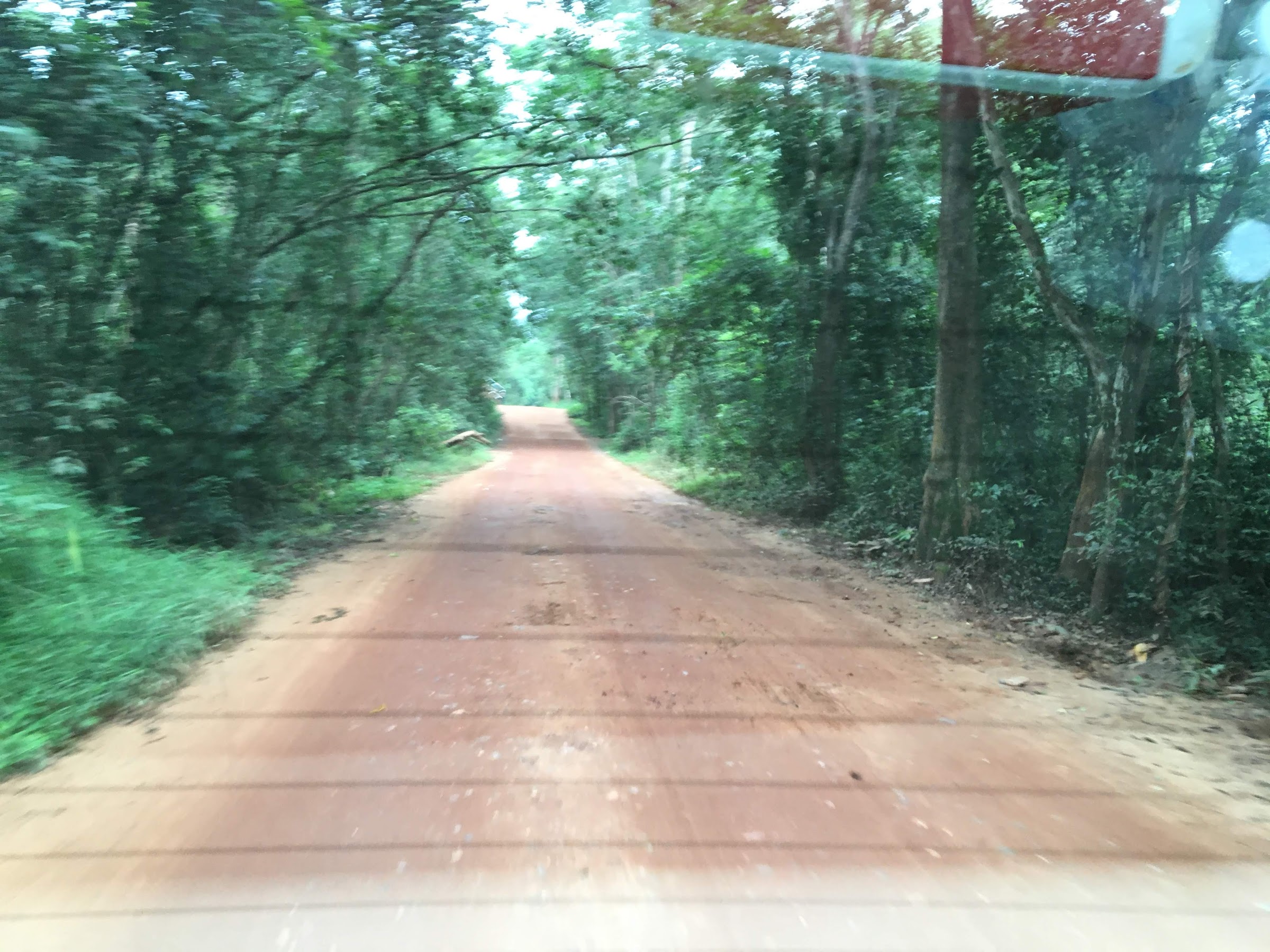 A statue of Lord Vishnu on the way : 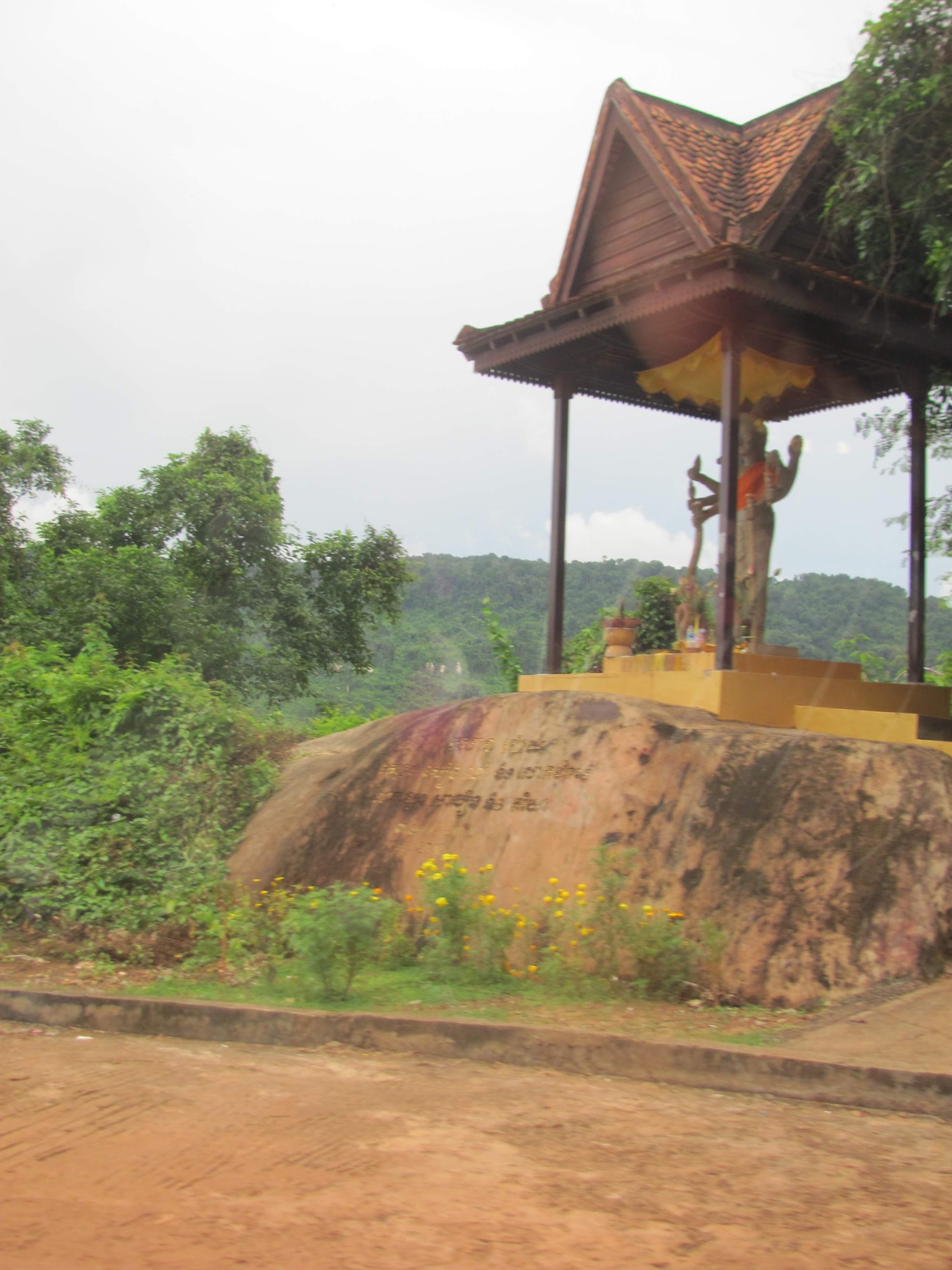 Shops selling bananas (red ones too) were a common sight all through.

You come across the 1000 Lingas river a few minutes walk into the woods away from the car park. The river, the path along the river and places to rest: 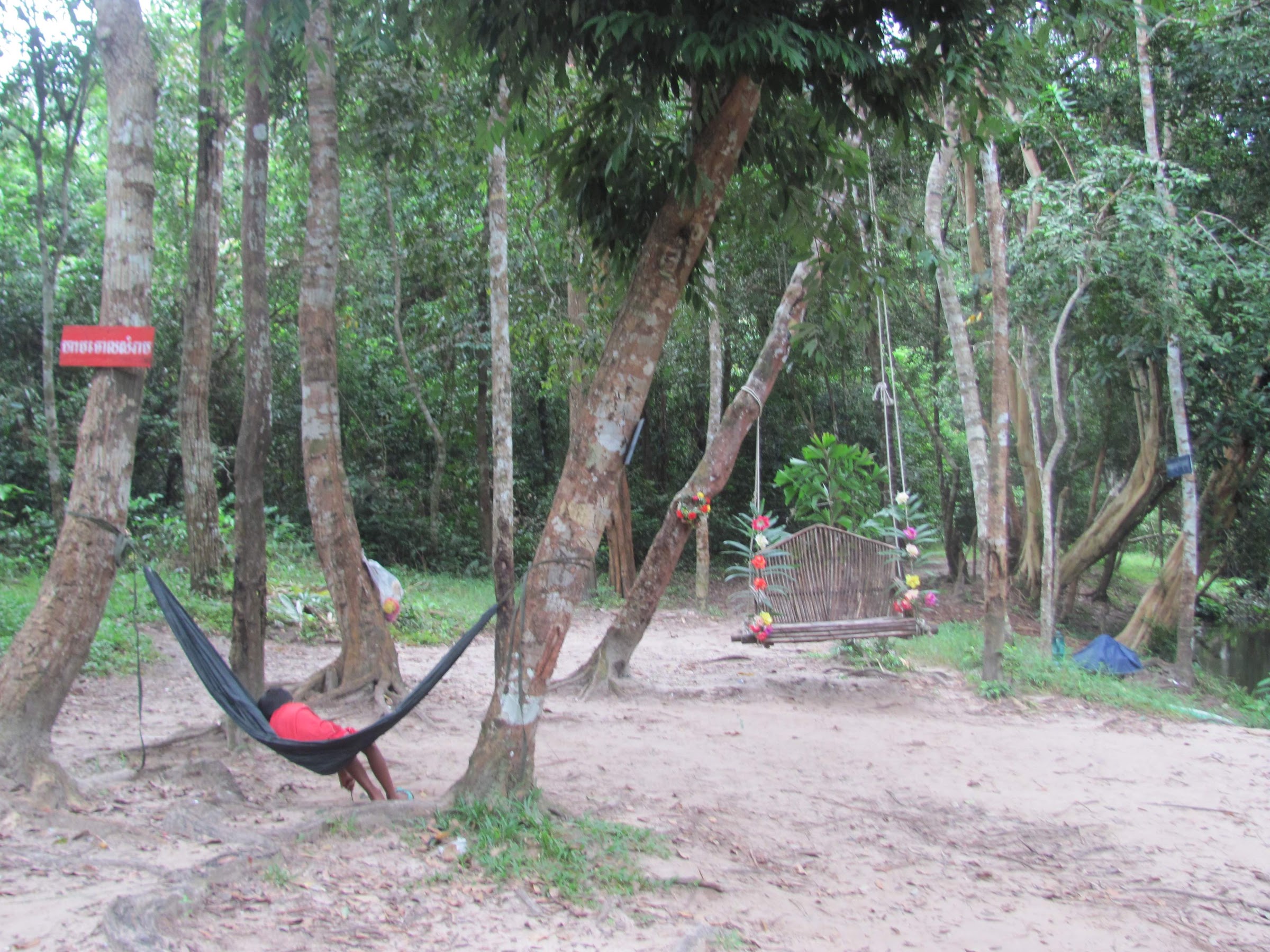 King Jayavarman II had 1000 lingas carved on the sandstone river bed atop the mountain making the water holy. It is this river which flows into Siem Reap known as Siem Reap river. 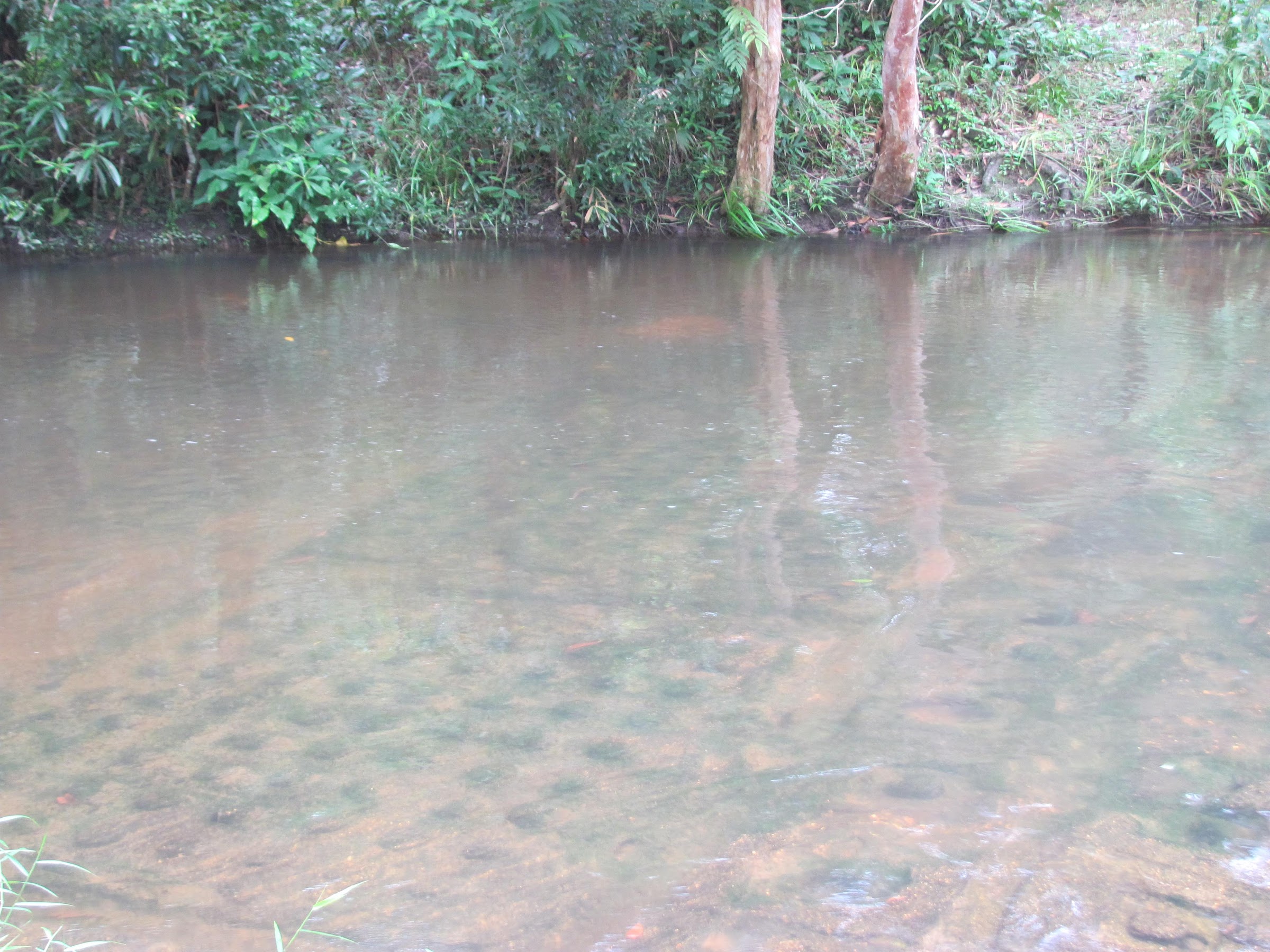 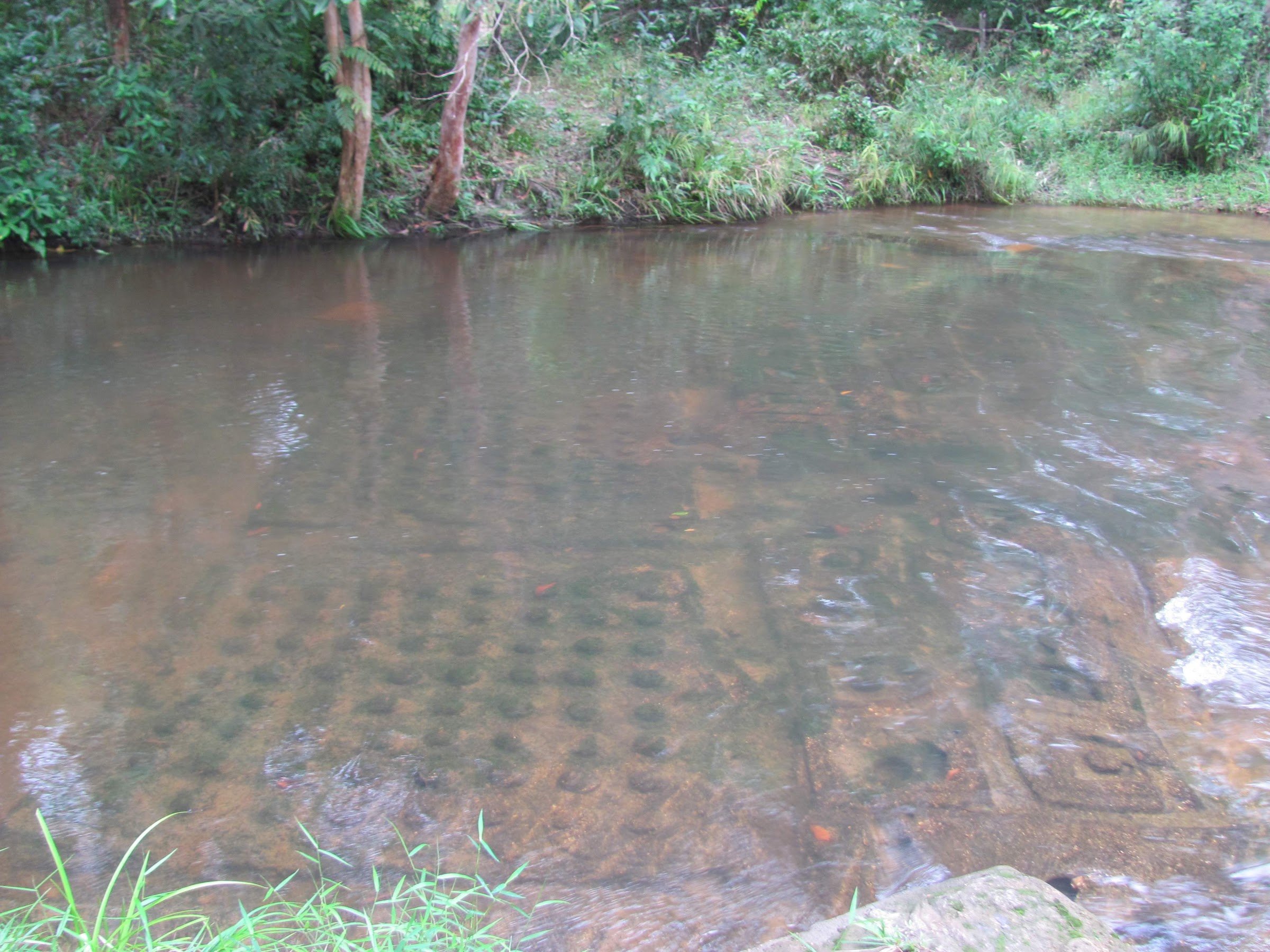 Walking further interior, there is this small holy spring of water which the locals pray to. 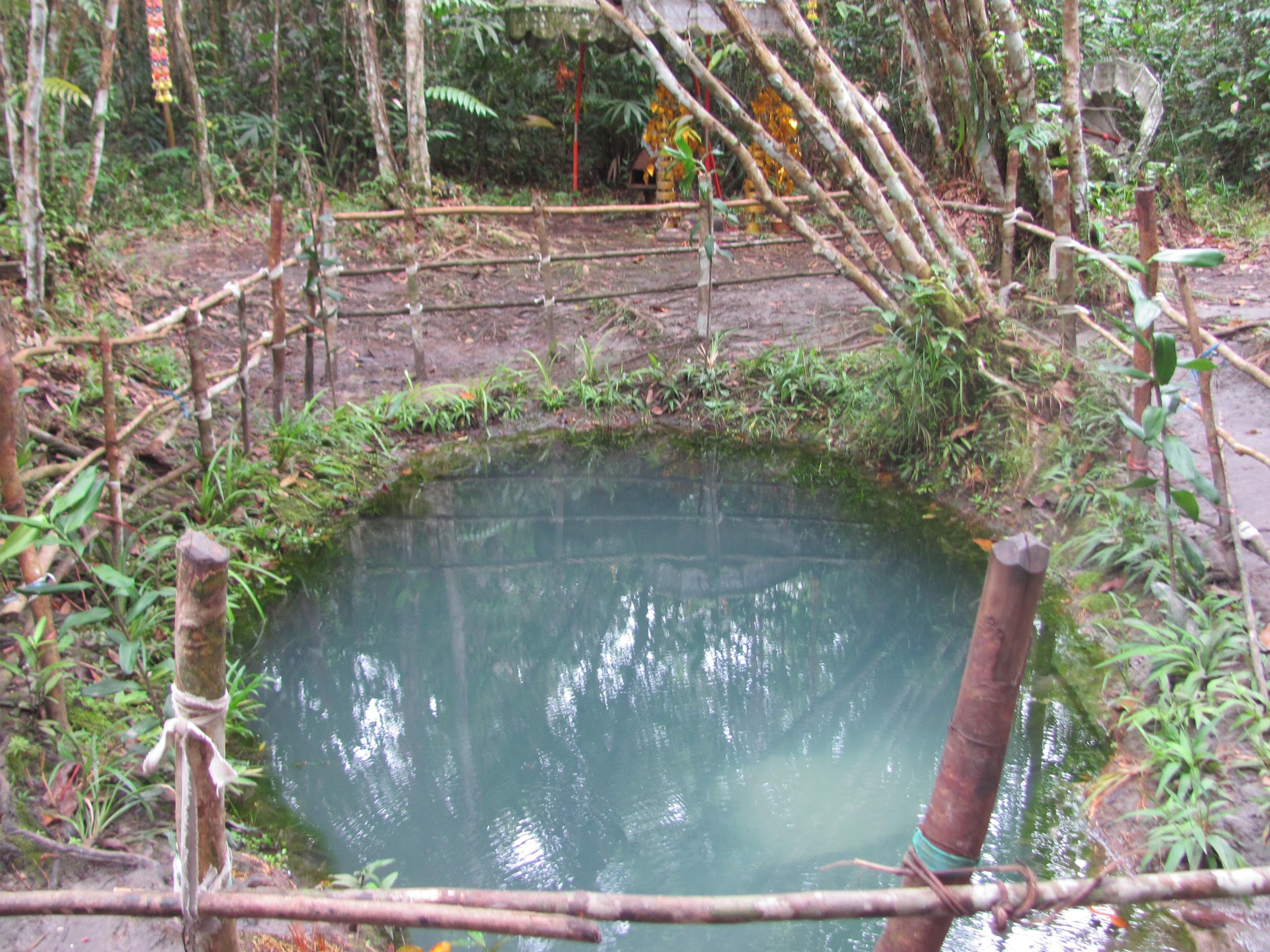 From 1000 lingas, we first went to Preah Ang Thom and then the waterfalls.

More holy carvings from the 9th century can be seen here with Vishnu lying down on the serpent, Ananta and His consort Goddess Lakshmi sitting next to him and a lotus flower from His navel housing Lord Brahma. There is a Shiva Linga carved as well. 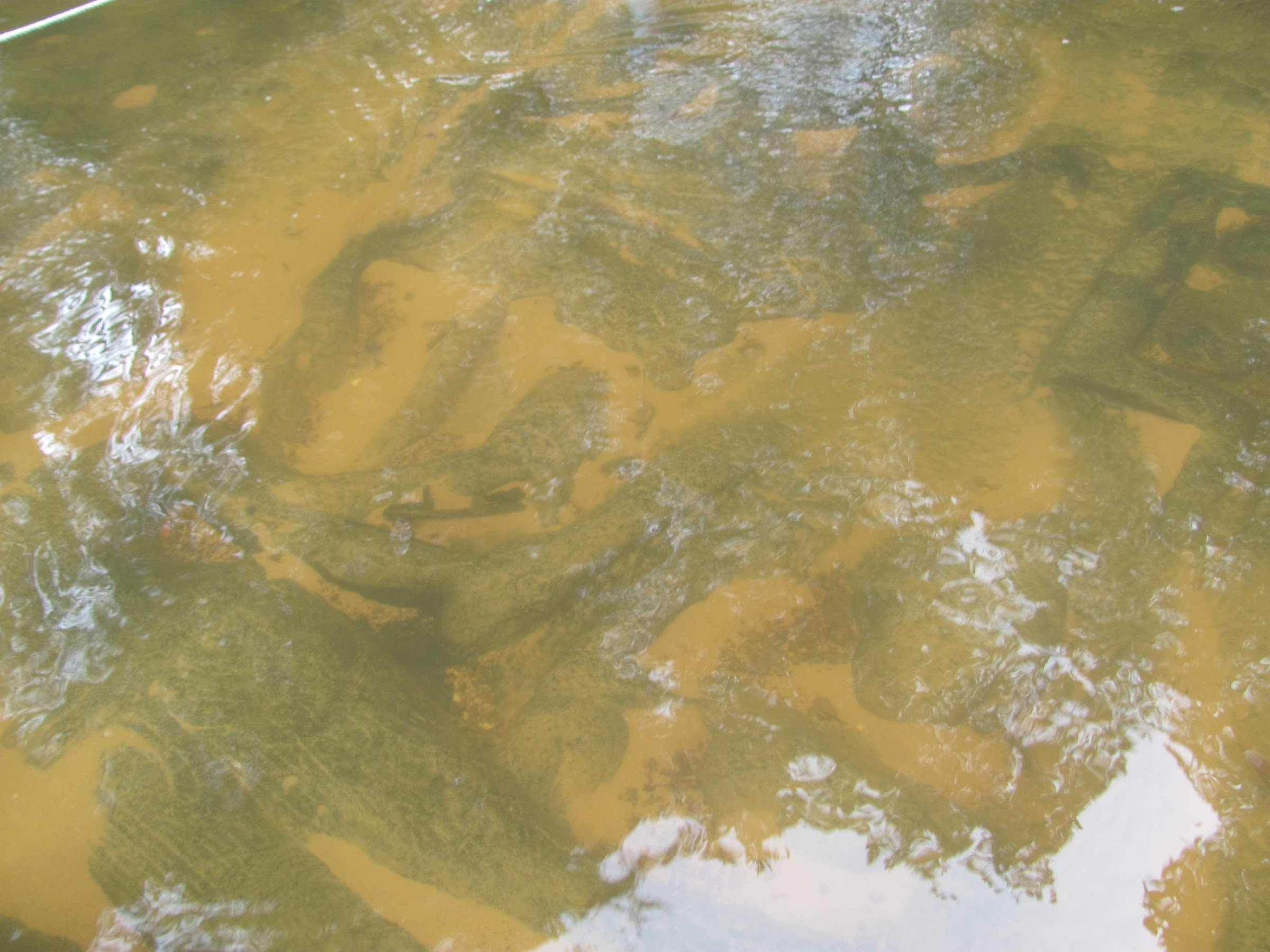 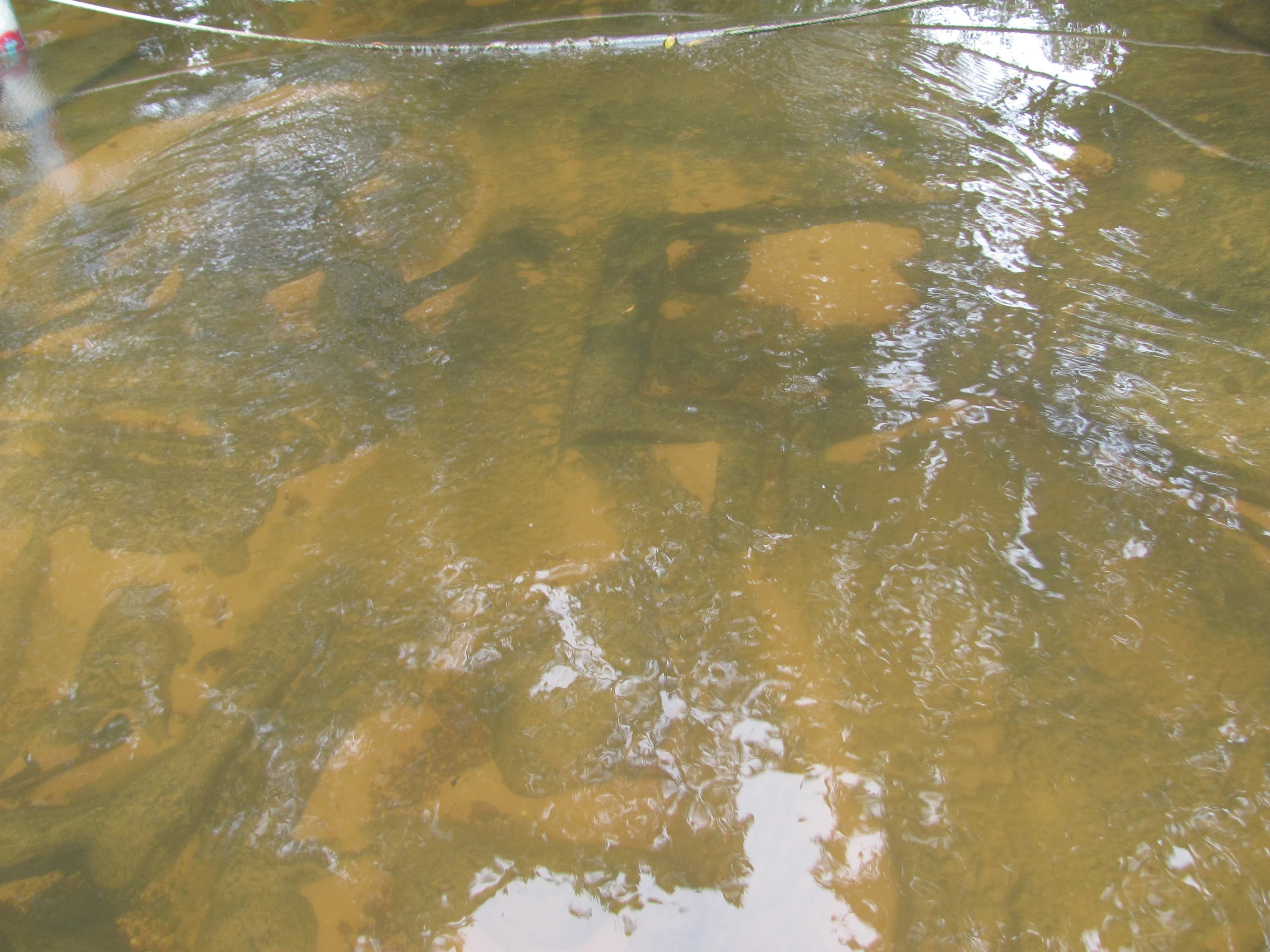 Unlike the 1000 lingas which can be seen from the path adjacent to the river, to see these carvings, you have to navigate across the water. The stone was slippery and water was flowing. So be sure to stick to a safe path. We had a tour guide and just followed him.

The enclosure within which the above-mentioned carving of Lord Vishnu was present: 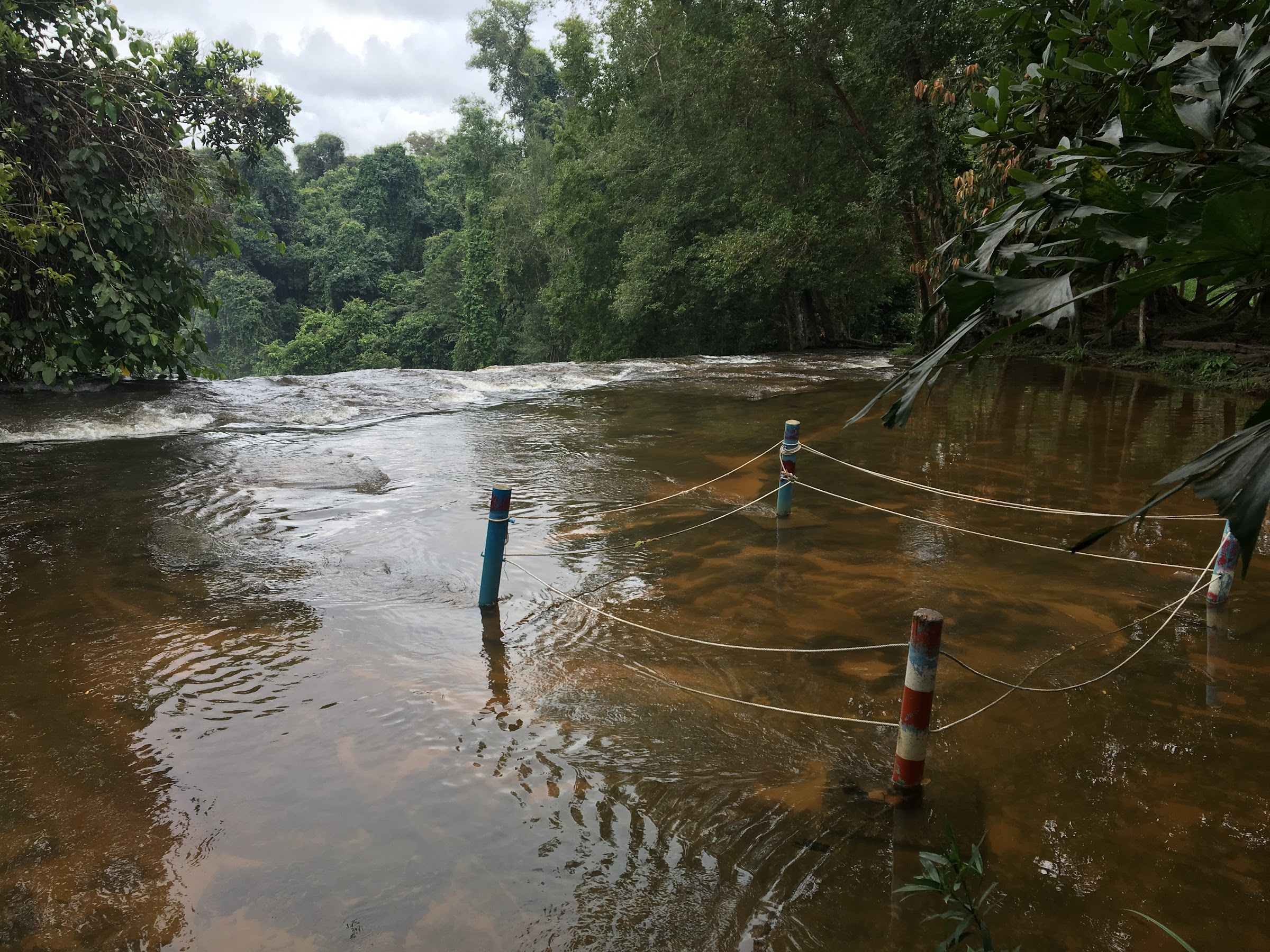 A few metres away from this carving, the water falls! Abruptly! 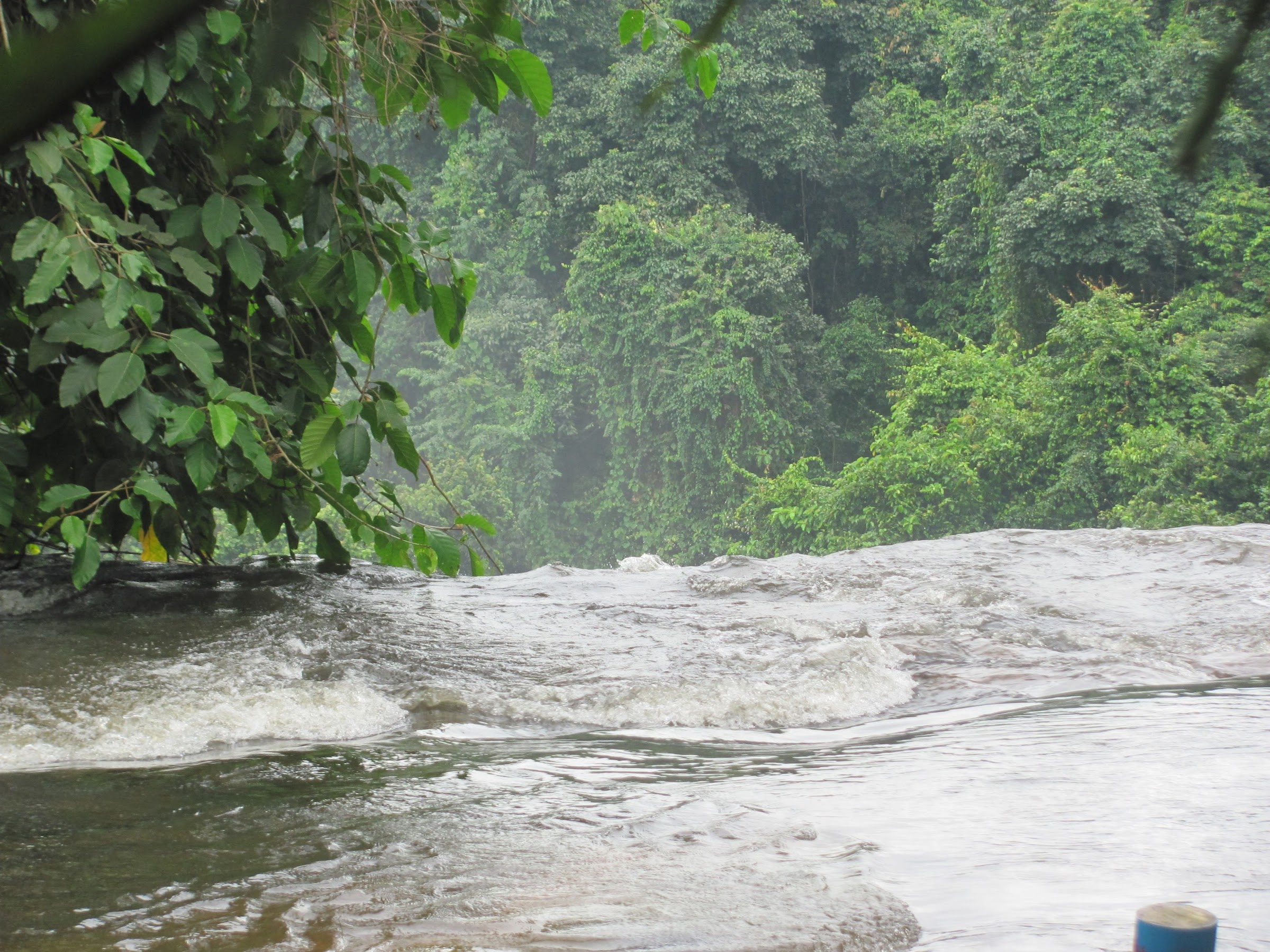 But this is only the small waterfalls. The mini-waterfalls: 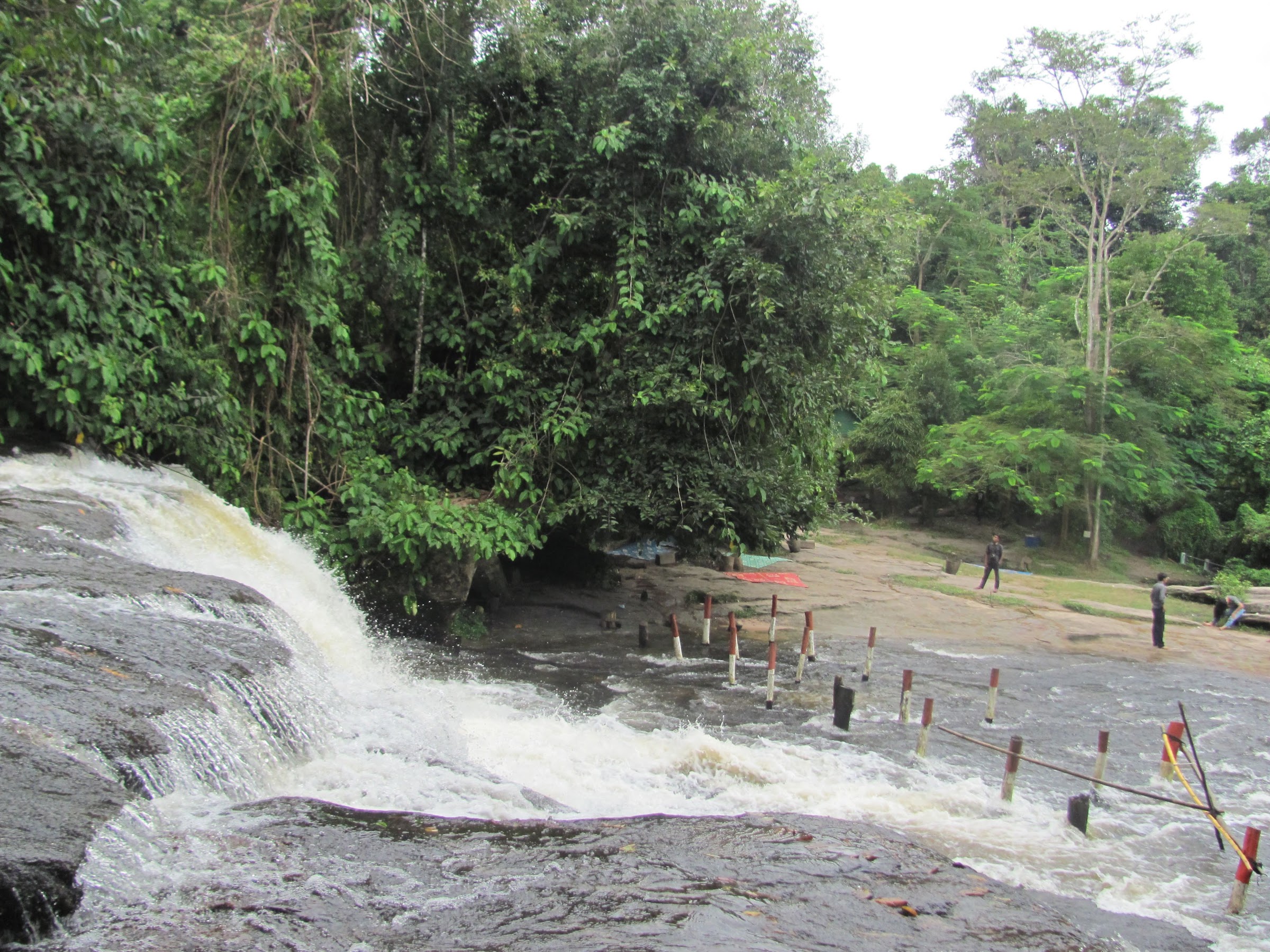 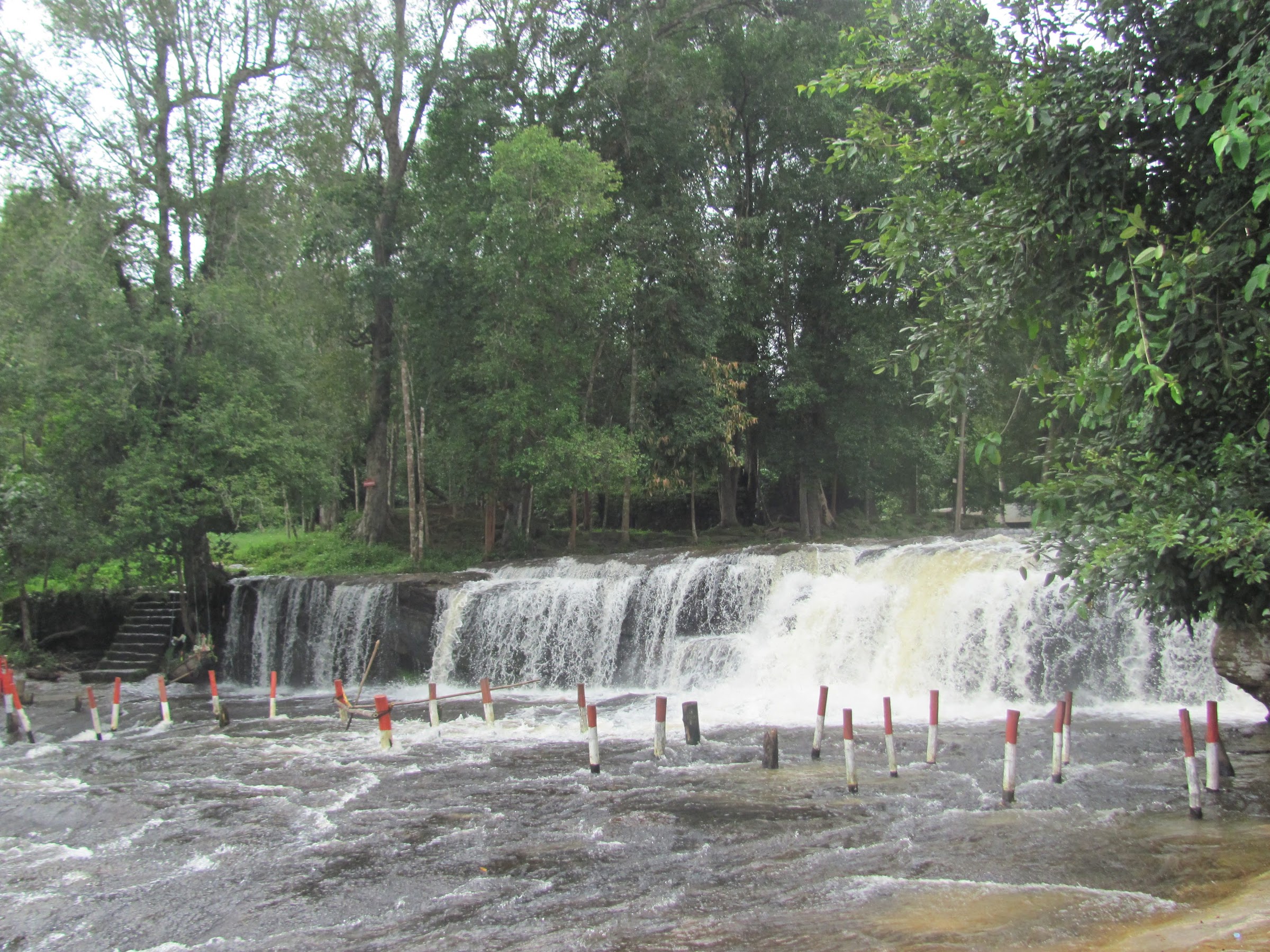 The spider which had inhabited the greenery near the plants and built this huge web! 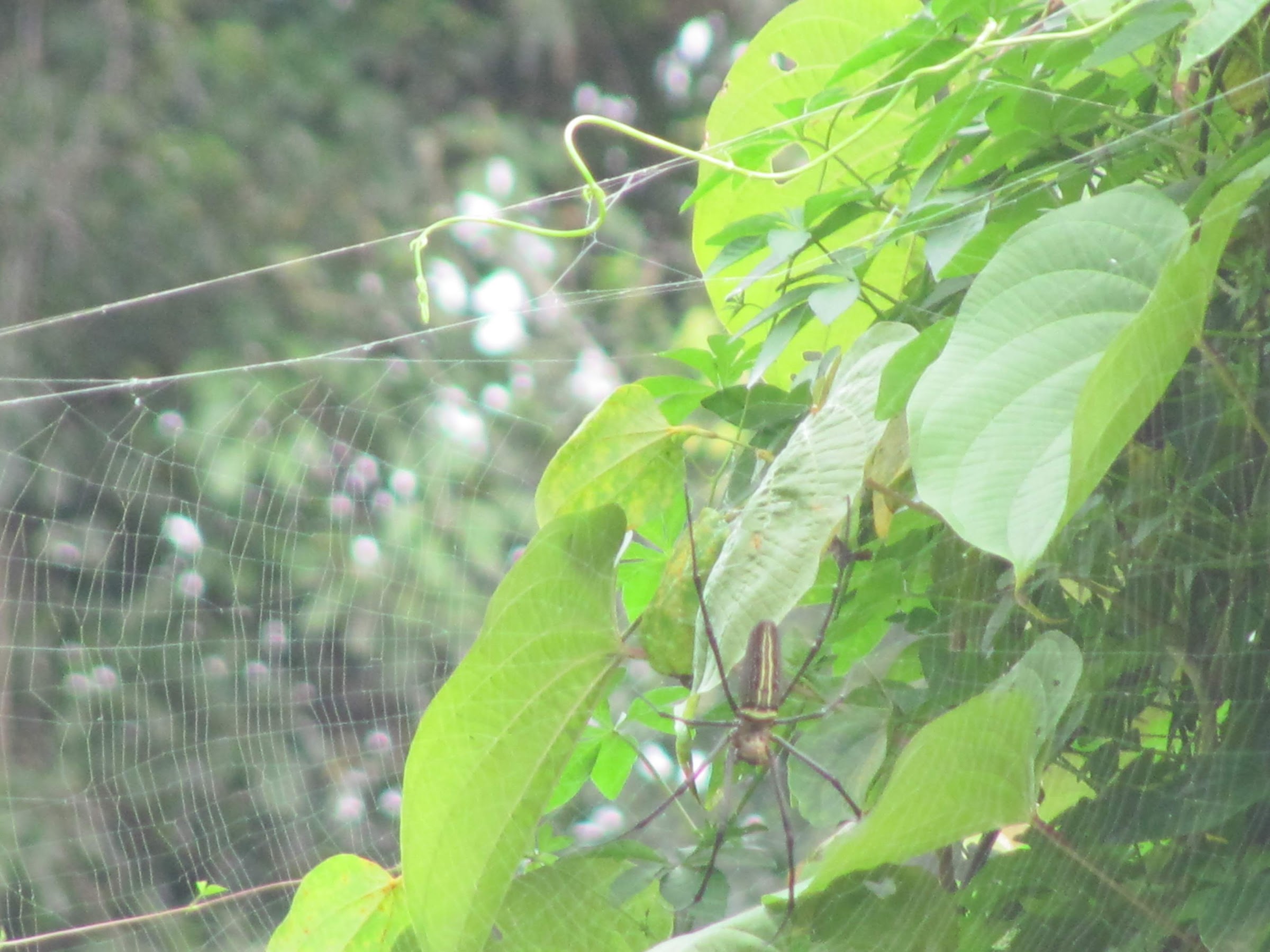 For seeing the real grandeur of a huge waterfall, you have to walk further down on the muddy path along the mini waterfall and then go down dozens of steps. The huge waterfalls that makes you go wow! Did you see a man relaxing in a swing and someone enjoying a swim! Am definitely not the adventurous type!

Life jackets for hire and place to rest: 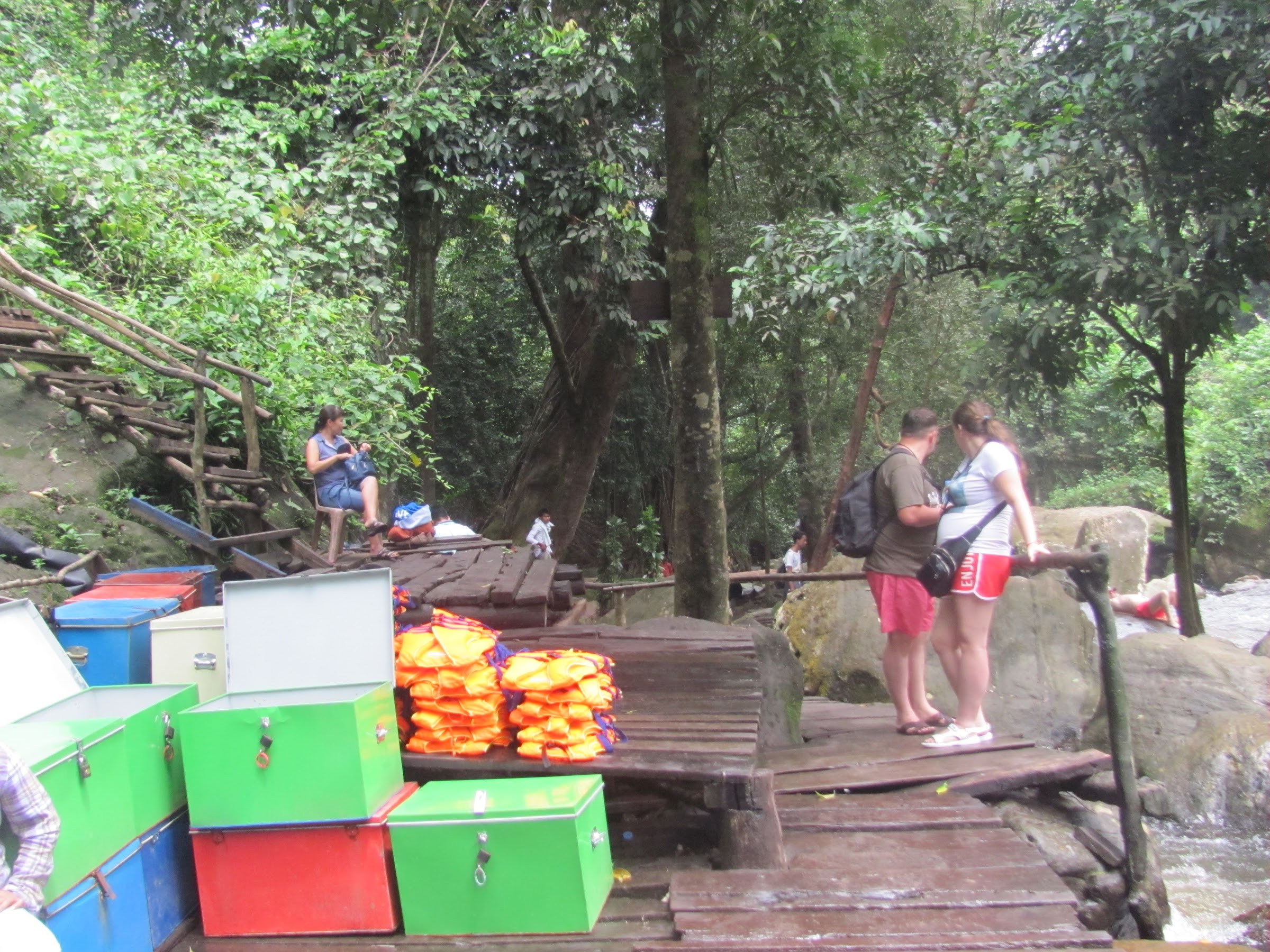 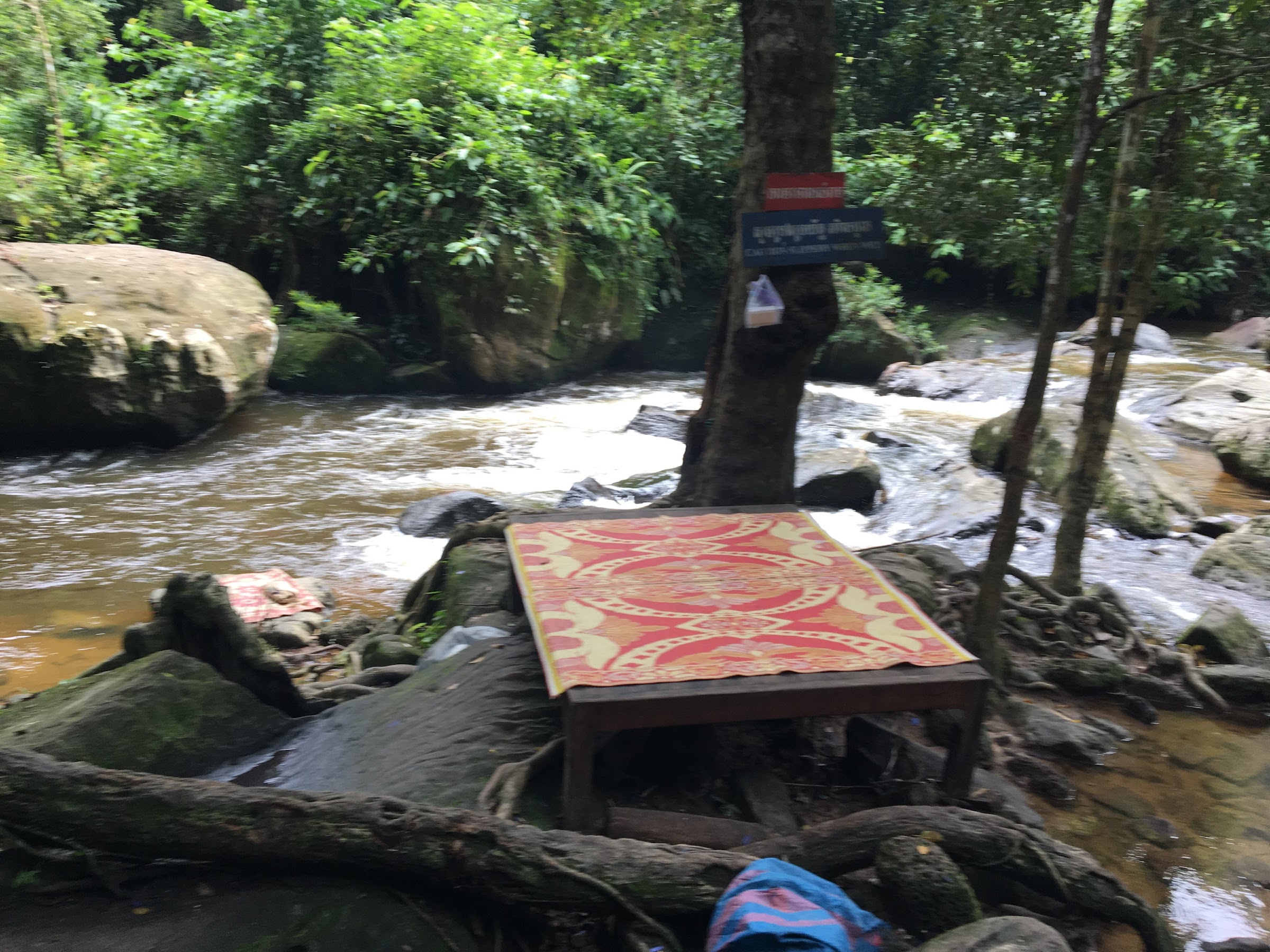 Did I tell you that I love the sight of the spray of water? 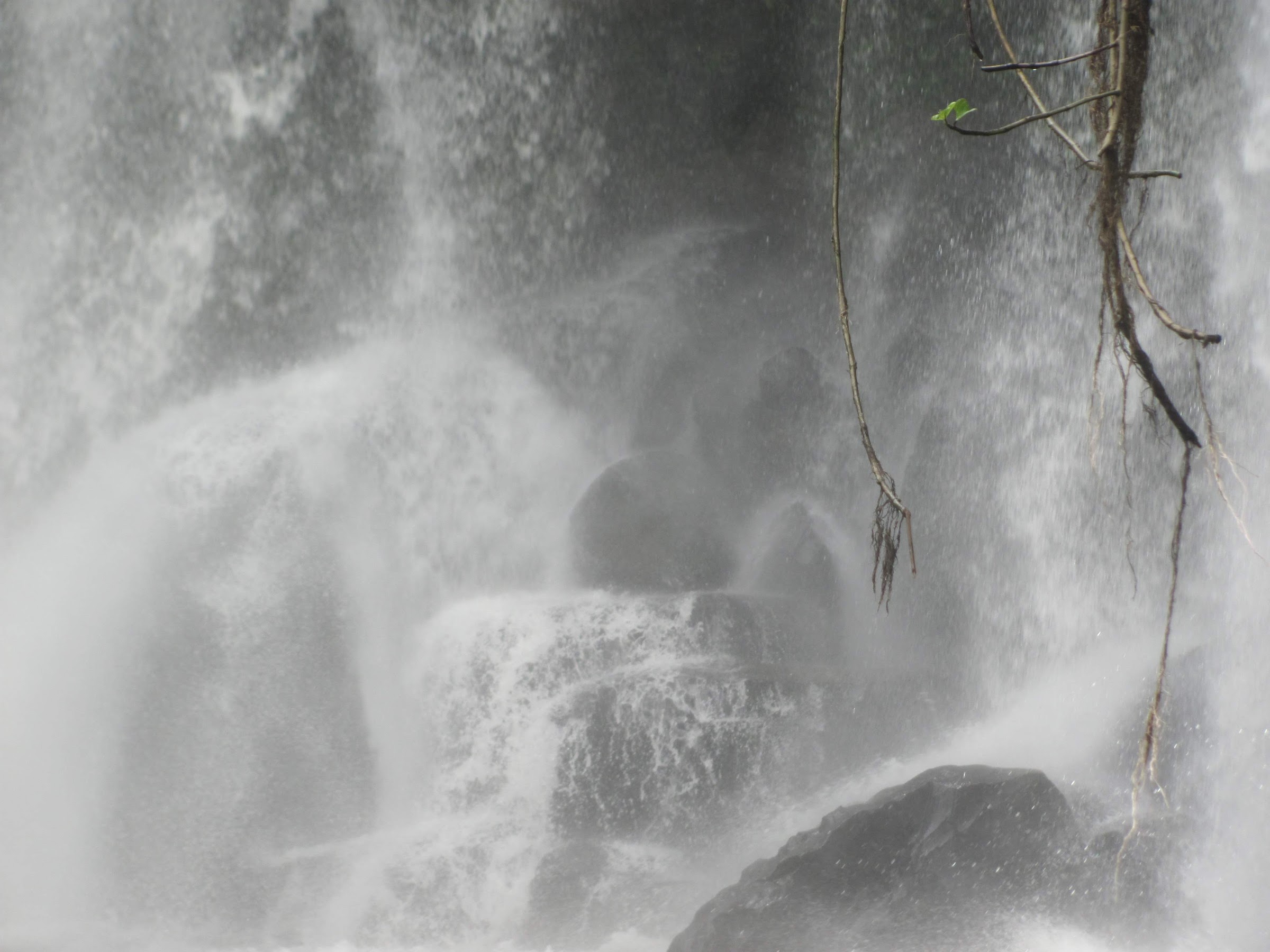